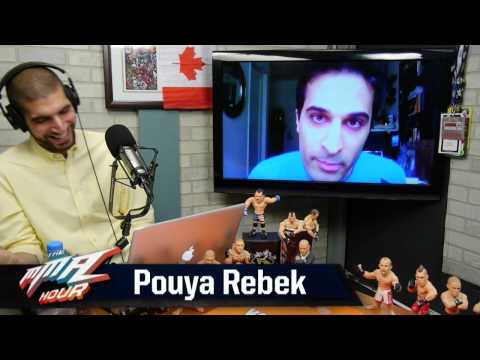 A few years ago Pouya Rebek emerged as the gold standard as far as MMA fighter impersonations goes, including hands-down the best version of Nick Diaz in the business.

Rebek paired up his vocal talents with animations and as his popularity grew became a frequent guest on Ariel Helwani’s ‘MMA Hour’ podcast (who he could also do a pitch-perfect impersonation of) and began drawing hundreds of thousands of views for each sketch on his YouTube channel.

At the peak of his fame, Rebek was even commissioned by FOX Sports to produce new animated shorts for TV, but unfortunately he’s since moved on to other non-MMA related projects.

REVEALED: How the Diaz Brothers DESTROYED Attackers in Street Fight

Nurmagomedov: the UFC Has to “Take Care” of Conor

Conor McGregor Threatens To Show Up At Floyd Mayweather’s House