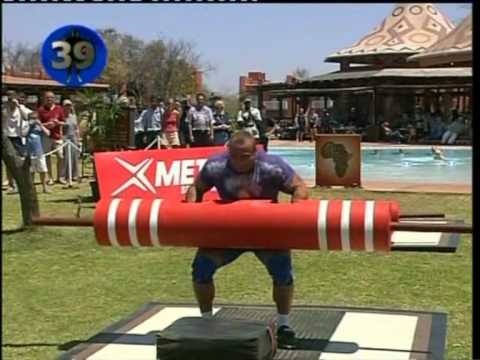 Before he was an MMA fighter, KSW’s Mariusz Pudzianowski was already world famous as a champion of the ‘World’s Strongest Man’ competition.

In fact, ‘Pudzian’ won the competition no less than five times in addition to also having placed as the runner-up on two other occasions.

However, the Polish star would eventually move away from the competition in 2009 in order to pursue a career in MMA.

he has since recorded a 12-7 (+1nc) record in the sport, fighting almost exclusively in his native Poland against generally carefully selected opposition, though he does hold wins over the likes of Sean McCorkle, Bob Sapp and Rolles Gracie Jr.

Darren - May 15, 2018 0
Tyron Woodley Has Told Media That He's Furious Over Rumors That GSP and Nate Diaz Are Negotiating at Potential Fight at 155 lbs... Tyron Woodley...

Casino Tips Every Player Should Know