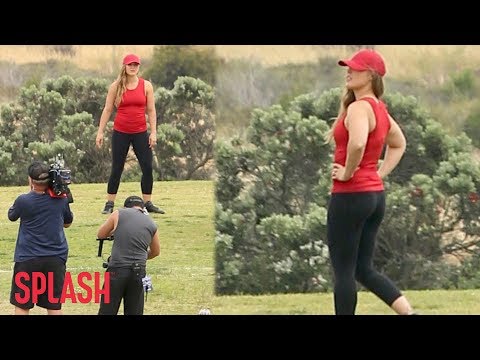 After her second loss in the UFC against Amanda Nunes, UFC superstar Ronda Rousey kept a relatively low-profile until she made an appearance as a team coach opposite former American Football star DeMarcus Ware for a reboot of ABC’s ‘Battle Of The Network Stars’ in 2017.

100 network stars competed on the show, with Rousey being in charge of 50 of them, and judging by the comments of one of her team, Jeremy Miller of ‘Growing Pains’ fame, she did well as a coach.

“Ronda is absolutely spectacular and I have to admit, that was the higlight of the day – I’m a huge fight fan.” Miller said on KTLA5 News. “Getting to meet her, it was just such an honor.”

“…she was spectacular. Great at motivating us, great at strategy.”

John - Nov 13, 2020 0
One of the most ruthless boxers of all time is returning to the ring for the last time. Iron Mike Tyson last professional fight...

Mike Tyson Says Conor McGregor is Going to Get Killed