Fighting is one of the toughest athletic pursuits. It’s easy to think you’re on top of the world during your prime but you have to consider what’s going to happen when you retire. Suddenly those big paychecks are going to stop coming in. Hopefully, the toll won’t be intense on your body but you still need to make money.

One man who has made a lot of money from fighting is Conor McGregor. But even he wants to stay set up for when he walks away from combat sports. That’s why he’s set up businesses in fashion and whiskey so that he can maintain his opulent lifestyle.

Now he’s spoken on The MacLife about his pursuits outside the octagon and why it’s important to think about these things as a professional athlete. Check out the interview below. 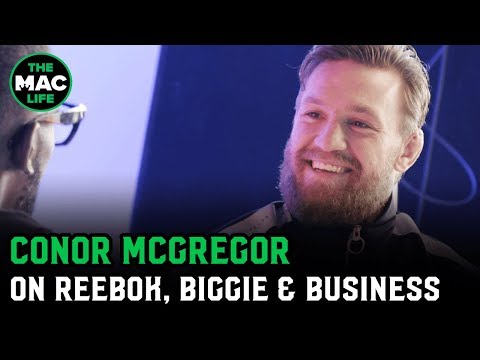 The interviewer was way out of his depth, but McGregor still gave some good soundbites. He explained why he’s so focused on his businesses because the life of an athlete is short.

“Athletic life is short right? As cruel as it sounds no-one really cares about the athlete post-career,” McGregor said. “I mean it’s as simple as that and that’s not just fighting it’s in any sport. So, I have studied many athletes’ careers both in combat sport and in professional sport and just analyzed it.

He also emphasized finding something you love. McGregor adores whiskey and clothes. So that’s why he’s pouring his efforts into them. Proper Twelve even sponsored Wilder v Fury 2 at the weekend. If you enjoy something, you’re more likely to be good at it. McGregor explained:

“It’s all about finding what you love and figuring out how to make a living out of it. That’s what I’ve done. Not only have I done it once I’ve done it four or five times over with other things. So, I’m very, very happy and I’m very blessed.”

Ariel Helwani says a summer time fight between McGregor vs. Gaethje is the current front runner. Things could change, talks very preliminary at this point.#HelwaniShow

Reports emerged yesterday that McGregor is in negotiations to fight Justin Gaethje. However the American’s manager, Ali Abdelaziz is moving to shut these rumors down. However, you can imagine that the UFC and Gaethje will have something to say about this. He tweeted:

“This rumor about @Justin_Gaethje fighting vs @TheNotoriousMMA is absolutely false. He had the opportunity to fight him already instead of cowboy but he didn’t. Justin is the number one contender and like khabib said. Conor needs to win 10 fights.”

Yeah alright. Whatever McGregor wants he gets. And Abdelaziz can’t deny Gaethje the money fight of his life. If McGregor wants this fight to happen then it will. Let’s hope it goes down because it’s a brilliant potential match-up.