Floyd Mayweather vs. Conor McGregor, it seems to be the only fight everyone is talking about. After defeating Eddie Alvarez at UFC 205, the Irishman’s stock grew to unbelievable levels.

As a result, even some boxing analysts are saying he’d defeat Mayweather. Obviously Mayweather is a lot older than McGregor, but he is also a pure boxer. Making this entire situation even crazier is the fact ‘The Notorious’ wants to box ‘Money.’

Boxing is Not MMA & Vice Versa

Recently stating he would ‘slap’ Conor McGregor when he sees him, Mayweather has spurred a scathing response. Not from his Irish rival, but from the UFC president Dana White. Not surprisingly, White blasted Mayweather with both barrels.

“Floyd’s about this tall (points towards the ground), his hands are like peanut brittle, he has to wrap them a million times so he doesn’t break his hands. Floyd better hope he don’t run into Conor on the street. Let me tell you what, not only will Conor kick his ass, he’ll kick the (expletive) out of every one of his security guards, too,” White said.

“It will never happen,” White said said. “Let me tell you what, that fight will happen before Floyd walks up and tries to slap Conor, I promise you that, too.

“He’ll kick his head to another planet and then he’ll murder every one of his security guards.”

“I don’t know if he’s done. He can probably come back and he’ll have a boxing match,” White said. “I don’t take away from what Floyd’s accomplished in boxing, but he’s stepping way over thinking he’s going to slap Conor. 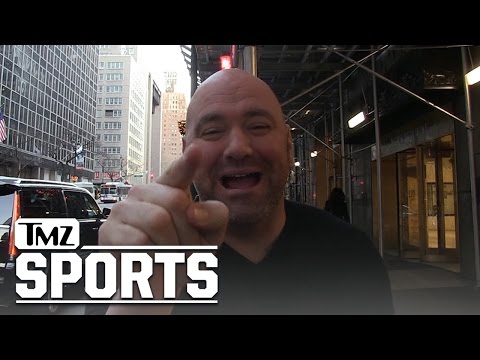 Khabib reveals who hit him the HARDEST

John - Aug 13, 2021 0
Former UFC lightweight champion Khabib Nurmagomedov may have retired from the sport for good but it will always be interesting to give his insights...