As the heated talks between boxing’s pound-for-pound king Floyd Mayweather and UFC lightweight champion Conor McGregor continue to rage on, fans and observers alike are wondering whether or not these two fighters would ever actually square off inside the ring.

Mayweather, who has been retired for over a year now, seems to want the fight. McGregor obviously wants the fight for financial reasons. Whether or not the fight will be competitive is a whole different story.

In a recent video released by Behind The Gloves, Mayweather is seen with his fighter Gervonta Davis. And while he is in full-on promoter mode, Mayweather is inevitably asked a question about regarding the McGregor fight. The boxing legend did not hold back.

Check out the video below. 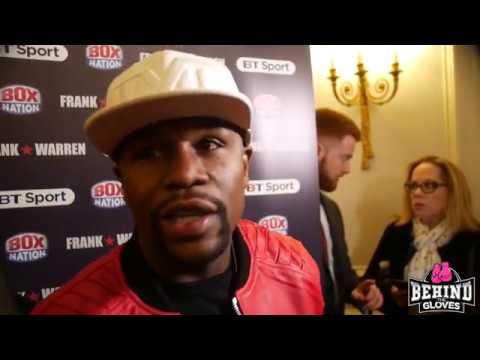 “He doesn’t really want to fight. If he really wanted to fight, sign the contract. You keep telling everybody that I’m scared of you,” said Mayweather.

If Mayweather and McGregor do end up making the crossover mega bout happen, it is projected to break all sorts of financial records.

Currently, the record is held by the 2015 Mayweather-Pacquiao fight. Combining both boxing and MMA’s massive fan base. The Mayweather-McGregor fight promises to surpass any and all records.

Money is the biggest reason both Mayweather and McGregor want the fight to happen. But for the fight to materialize, the two will have to find a way to involve the UFC — McGregor’s current promoter.

UFC President Dana White has vowed to combat McGregor every step of the way if the Irishman will continue with his plan to exclude the MMA promotion from the Mayweather bout.

Darren - Aug 17, 2020 0
Khabib Nurmagamedov will fight Justin Gaethje at UFC 254 on October 25. The Russian champion plans to defend his lightweight title for the third...

REPORT: Brock Lesnar Coming Back to The UFC…?

How to Buy Mayweather vs McGregor Tickets: Prices & Details

Having Paranoia About Losing Your Next Match? Here’s How to Get...

Jorge Masvidal from being a DECISION fighter to a UFC Megastar