Next up is the legendary Mark Coleman, with one of the best examples of fixed fights in MMA. They met at Pride FC 5 in 1999 and Takada won via Heel Hook.

Coleman, an experienced wrestler, appeared unable to pass Takada’s guard even when there was clearly an opportunity. In addition, he was always punching Takada in the thigh. If that isn’t weird then I don’t know what is. 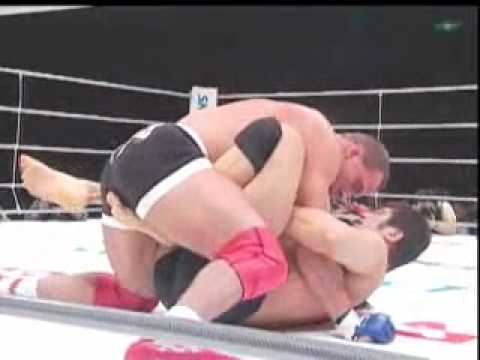 In the second round, Coleman got “caught” in the heel hook, and appeared to fake the pain. He waved his hands in apparent exaggerated agony, which closely resembled WWE-type acting. And then he finally tapped. It’s pretty funny now that you go back and take a look at it.

Fat Joe’s Epic Story About Mike Tyson: We Were About to...

Armed Robber Pulls Gun On MMA Fighter & Gets His Face...