Popular UFC welterweight Nick Diaz is yet to return from his controversial suspension for weed. After failing his UFC 183 drug test, Diaz stood in front of the allegedly crooked Nevada Commission. The result was an absolute farce.

Claiming he’d failed a drug screen for Marijuana, but unable to firmly prove it, the NAC slammed Diaz with a five-year ban. At the same event, Diaz’s opponent Anderson Silva failed for steroids. Facing just a one-year suspension, Silva also tried to lie about his positive test.

Following the kangaroo court held by the Nevada Commission, outrage spread through the MMA worlkd and beyond. The ‘Free Nick Diaz’ campaign eventually paid off, as his suspension was greatly reduced.

Now the firm face of weed in the MMA world, Diaz can also enjoy the fact the drug is legal in California. Yet to have a return fight announced, there’s no prizes for guessing what Nick has been up to lately. Yep, you guessed it, making media appearances. Wait…what?

Appearing on The Jasta Show, as quoted by LowKickMMA, Nick Diaz has been way more talkative than usual. Renowned for shying away from the spotlight, it now seems Nick is enjoying his airtime.

In this cool snippet, Nick Diaz reveals his thoughts about weed, and claims Nate was actually smoking ‘kush’ after UFC 202:

Number One Stoner, Besides Michael Phelps

“I’m the face of weed for athletes, I’m the number one athletic stoner besides Michael Phelps. I do think it’s a performance enhancing drug, so are vitamins. I’d like to start shedding some good light on this stigma that people who smoke weed are lazy or not thinkers. I hate to think about people dying without smoking some weed, my Grandpa died without smoking weed and I feel some way about that.”

“If you haven’t tried it, you haven’t exposed yourself to the other side of things. Limiting yourself in general it just screws with me. People disagree with social media sometimes, but how do they know if they haven’t had it before? After concussion if you get THC/CBD in to your brain, it’s like really huge. That wasn’t CBD Nate was smoking at the presser, he was smoking chronic, that was some kush (laughs).” 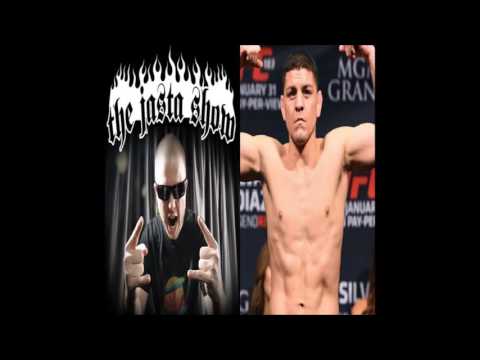 Salvador Sanchez - Oct 23, 2016 0
There are very few names in the MMA world that we can describe as true needle movers. Often used by UFC president Dana White,...

Four Ways to Knock Someone Out in a Street Fight