If a collection of various reports from different sources are to be believed, then all signs point to a blockbuster showdown between boxing’s biggest star Floyd “Money” Mayweather and UFC lightweight champion “The Notorious” Conor McGregor happening before the end of the year. It certainly seems pretty close, especially with what’s being reported as of late.

McGregor for one, has stated that he is very close to signing the dotted line. The Irishman recently appeared on IFL TV and said they are close to a deal.

McGregor is about ready to sign the dotted line

“I’m unpredictable. Nobody knows what they’re in for. Everybody’s writing me off. They’re going to be in shock. Make no mistake about it.”

However there are those who still doubt the fight will happen. Even though UFC President Dana White says he will no longer prevent it from happening. Several rumblings on the inside believe the UFC is still involved in talks. And that money right now is the sticking point.

In a recent appearance on Fight Hub TV, boxing promoter Bob Arum gave his two cents on where negotiations are at. Arum, who also promotes Filipino boxing great Manny Pacquiao, doesn’t believe the UFC will walk away penniless. In fact, Arum believes the organization is demanding a huge sum of money. 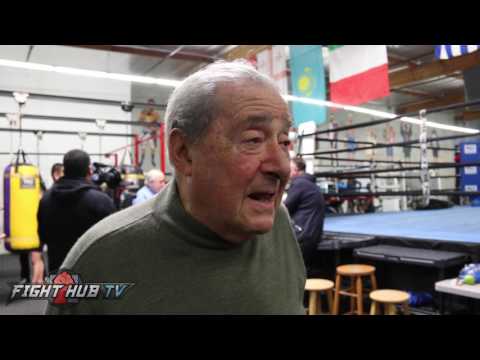 Bob Arum thinks the UFC is demanding tons of money

“The UFC doesn’t treat fighters the same way that boxing promoters do. In other words, UFC fighters get so much less than boxers do. They [have] proposed a deal to Conor that on his share of the purse, they take fifty-percent,” said Arum.

Not exactly sure what Mayweather thinks of all this. Arum used to promote Mayweather years ago. But a falling out caused them to split and now there’s a lot of animosity between them. Mayweather for one has vowed never to work with Arum again for the rest of his life.

So is this fight going to happen anytime soon? It certainly appears that way. But if Arum is right and the UFC is in fact asking for 50% of McGregor’s purse, then it’s a tough spot for McGregor to be in for sure. More on this story as it develops.

Salvador Sanchez - Oct 3, 2016 0
Domestic violence has always been an extremely unacceptable crime. Regardless of gender, beating on one's spouse in considered one of the most disgusting acts...

Anderson Silva is OFFICIALLY OUT of the UFC