The undefeated young star, Ryan Garcia has posted in his official Instagram account that he hints of fighting Manny Pacquiao. He has said in past interviews that he wants Pacquiao to pass to torch to him as the next generation of boxer.

Will Manny Pacquiao accept Garcia’s offer or just fight another welterweight champion which is either Errol Spence Jr or Terence Crawford? There is no question that Pacquiao can fight whoever he wants and all opponents are the ones that want to fight him. A win against the Filipino boxing legend is a great asset to put on their resume.

There were a lot of promos cut after the Campbell fight, Garcia proclaimed that the fight against Tank Davis will end under 2 rounds. Meanwhile, Davis said that if he hits Garcia, he won’t be able to get up unlike his fight against Campbell.

Now Garcia wants to fight Pacquiao as he may think that the Filipino Boxer’s fights are counted and may retire soon. He has had one of the best legacies in boxing and what better way to fight him before hanging the gloves. 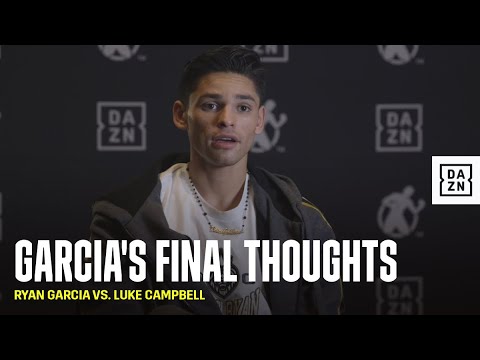 Even though Pacman is old, he may still be the favorite coming to the fight. He is still the WBA Welterweight Champion and is coming a win against then undefeated champion, Keith Thurman.

Can Whyte shock the world against Fury?

Scrapdigest - Jan 31, 2022 0
After the collapse of Tyson Fury’s proposed fight against Oleksandr Usyk, Dillian Whyte has a massive opportunity to shock the world in a bout...