Terence Crawford is looking to fight Shawn Porter if the dream fights cannot happen. Obviously, if Crawford had to choose, he wants to fight either Manny Pacquiao or Errol Spence Jr. since both are world champions and it could be a unifying belt.

Crawford is also looking to make bigger money if he fights champions since it generates more PPV numbers. Although, there is no shame in fighting a former WBC Champion, Shawn Porter. He gave Errol Spence Jr some problems in their fight due to the style of Porter.

During the post-fight PBC analysis, Shawn Porter even said that he wants Terence Crawford since people have not seen that type of fight and how it will play out. It will be interesting to see how Crawford will adjust his style in fighting Porter.

Shawn Porter has a tiring style for his opponents. He puts up endless pressure and has endurance that could last for 12 rounds. There is no question that Porter is a top contender but most fans believe that the level of Spence and Crawford are above everyone.

The dream match that fans want to see is obviously Terence Crawford vs Errol Spence Jr. but it is very unlikely that the fight will happen due to negotiation disputes. Both fighters want the bigger slice of the cake so it is up to them if they agree on a deal that benefits both.

It was reported that Shawn Porter rejected the initial offer since he was offered only $1M to fight Crawford. Porter told them “Don’t lowball me”. Porter is aware of his price and should wait out a bigger offer, they are fighting for the WBO belt and he was also a former champion.

In a podcast, Shawn Porter also indicated what it would take for the fight to happen. 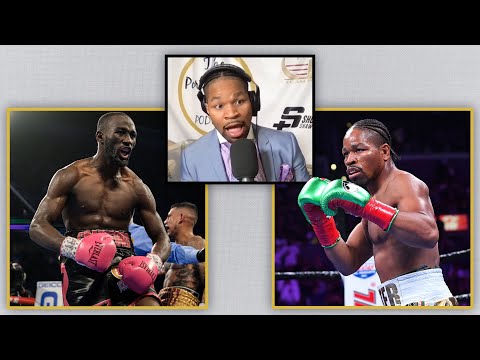 Looking at these negotiations it is very unlikely that the Spence vs Crawford fight is very difficult to fight to make. Both teams offer an unfair fight purse that they always think the A-side has a bigger than usual cut.

The worst thing that could happen if fans will never be able to see Prime Spence vs Prime Crawford. Both are at the top of their game and fans are excited to see it even the media personnel is pushing for this fight to make.

It could potentially have the same route as the Floyd Mayweather vs Manny Pacquiao. As when they fought it was too late since they are not in their prime anymore and what could have been if the fight had happened 2-3 years ago.