They might be all business in the cage, but outside of it MMA fighter’s often prove to be some of the most mischevious, fun-loving people you could meet, and as you’ll find out in this article, nobody is safe when they decide it’s time to play a prank. 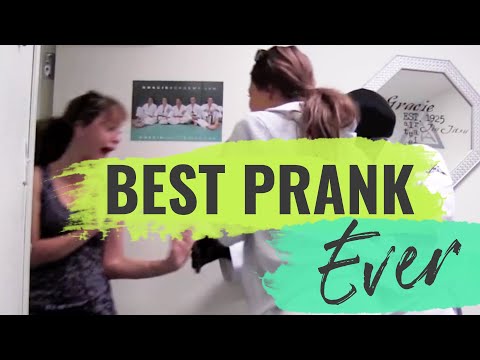 Gracie had ‘T-City’ dress up as the gym’s grappling dummy ‘Bubba,’ sat him in a chair in his office with the light switched off and then asked one of his unsuspecting class members to go into the room and get the dummy.

Needless to say he got the fright of his life when the dummy suddenly sprang to life while he was trying to move it.

The same gag worked over and over again on other people with the same comic effect and video footage of it has gone on to be watched over a million times on YouTube.

Darren - Oct 11, 2020 0
Spinning kicks offer some of the most exciting knockouts in combat sports. They're all the more exciting because they are relatively rare. Few fighters...