Jake Paul may have bitten more than he can chew, as he just went to disrespect arguably the best boxer in this era, Floyd Mayweather. They both encountered in a media day for the Mayweather vs Logan Paul fight and Jake Paul so happened to be there. 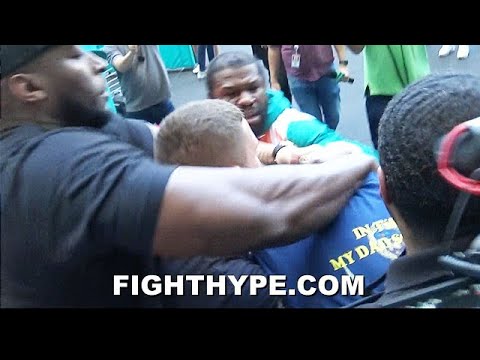 Both were exchanging not so nice words, until Jake Paul decided to take Mayweather’s hat and ran but unfortunately for Paul, Mayweather’s bodyguards were surrounding them that led to him getting beat up. He ended up with a swollen eye and banged up lips.

Many fans were then saying that they would rather watch Jake Paul fight Mayweather, which credit to Paul for marketing and risking his own safety just to sell a fight. Although Mayweather seemed genuinely angry, we all know Mayweather is not someone you wanna piss out.

According to reports, Jake Paul is now banned for the event in the Mayweather vs Paul boxing fight, it is just to prevent any other issues other than the fight itself.

Gentleman Jeff - Sep 28, 2017 0
Tony Ferguson gave a rather blunt analysis of John Kavanagh recently... Tony Ferguson doesn't pull any punches. If you ask him what he thinks of...

Conor McGregor Took The First Step To Greatness At UFC 196

Conor McGregor Allowed To Use One MMA Move Against Floyd Mayweather