It’s amazing the stupid decisions that people make when they’re drunk. When you get a couple of idiots together who have had a few too many beers, things can get out of hand. That’s ok as long as they’re harmless, but when people start getting violent it’s a different story.

How drunk and scummy would you have to pick to pick a fight with a septuagenarian? That’s the first question we’ve got to ask after watching the video below. Two men decide that’s exactly what they’ll do. They try to intimidate and attack a man in his 70s, but it really doesn’t turn out well for them at all.

The video below was captured in Ireland. Don’t mess with the elderly of the Emerald Isle. They’re a tough breed of people. This guy would probably have done better against Khabib than Conor McGregor did. 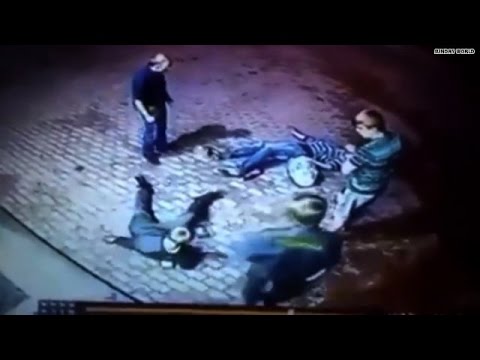 According to the video – which was originally posted in Irish newspaper The Sunday World – the short man who is being intimidated is a septuagenarian. Two men come up to him and are visibly trying to intimidate him. He’s clearly not rattled and shoves one away.

The other tries to close the difference and before he knows what has happened, he’s laid out on the ground as the old guy lets loose with a rocket of a punch. He’s got dynamite in his fists because he catches the second attacker as well. It’s been alleged that he is a retired boxer, which would make sense because that speed and power is incredible.

This guy isn’t just fast with his hands, he also has classy head movement as well. When the first attacker tries to get back up and launch a meaty paw at him, he’s slick with his movement before throwing back. It’s amazing what some training can do, as some people just reach another level.

These two men were taught a lesson that they’ll never forget. Unless they can’t remember what happened, because they were absolutely smashed out of it. Don’t attack the elderly ladies and gentlemen. You’ll get your ass handed to you. 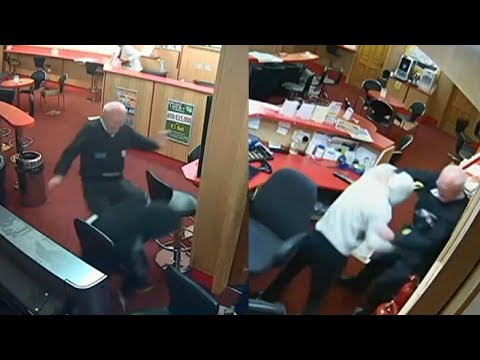 This isn’t the first time an old Irish man has shown that’s he’s a hardcore madman. In the footage above, you can see 85-year-old Denis O’Connor fight off three armed men – including one with a sawn-off shotgun, when they came into the bookmakers he was spending his afternoon at.

First of all, he intervenes to help the bookmaker who was being threatened and assaulted behind the counter. Then he faced the man with the gun down and chased them out of the establishment while brandishing a chair. He kicked one up the backside for good measure.

It’s fascinating to see the lack of fear in these guys. They’ve obviously lived long enough lives that if their time has come they’ll face it fighting and not worry about the consequences. Got to love it.

Darren - Feb 14, 2019 0
One of the Coolest, Slickest Submissions We've Ever Seen Went Down Last Weekend in Jakarta... Watch the Footage Courtesy of ONE Pride... Oh, Brazilian Jiu-Jitsu......