This was never going to end well. China is a hotbed of martial arts. It’s famous for the various forms of Kung Fu, Taichi, and other arts that have been around for hundreds of years. MMA has taken time to make an impact in the Middle Country, but it’s slowly growing.

One 69-year-old self-professed Tai Chi master decided to take on an amateur MMA fighter. He found out the hard way that this was a very bad idea. Check out the clip below of the old man’s starching. Credit to Fight Commentary Breakdowns. 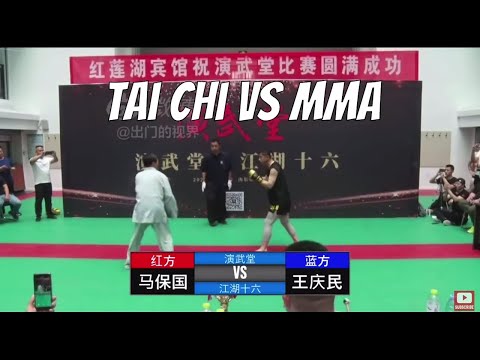 The Tai Chi Master in question is named Ma Baoguo. Hailing from Shandong, China, he’s an advocate of the traditional mystic martial arts. He even hired a professional fighter to choreograph a routine with him. Then he tried to pass off the video with the fighter as a genuine victory with him winning.

In short, this didn’t go down well with the MMA community. Also, Baoguo started to believe his own hype because he accepted a fight with an amateur fighter. As you can see from the clip above, it didn’t end well at all. He stood in a bizarre stance as he approached his opponent.

Then the MMA fighter drops him with a one-two combination. We don’t take much joy from seeing an old man getting battered, but he wasn’t done. He stood up but got dropped again. This time he was out cold. The referee waved the ‘fight’ off and the MMA fighter took the win. 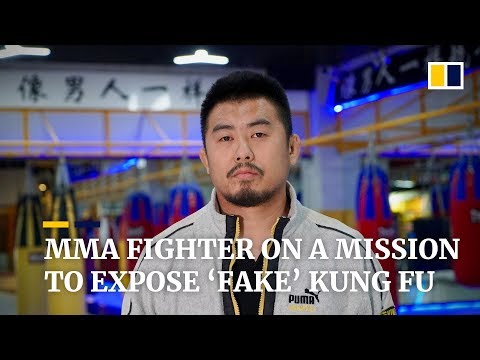 One man who took great enjoyment from this beatdown was Xu Xiadong. Nicknamed ‘Mad Dog,’ the Chinese government has blacklisted him for his vendetta against the traditional arts. There have been many videos of him taking on fraudulent taichi and Wing Chun ‘masters.’ He was even meant to fight Ma in a mass brawl at his gym, but the police intervened before it could happen. ‘Mad Dog’ said:

“Shanghai’s Ma Baoguo knocked out by an amateur after four seconds. That’s what a ‘traitor’ gets.”

Despite the man’s age, Xu had no time for his fellow martial artist’s efforts. He really enjoyed watching it. With the Chinese government’s treatment of him, you can’t blame him. 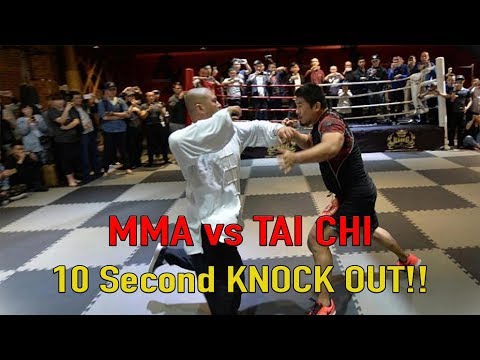 Ma complained after the fight. He wanted a stop-start points style and said that he would have broken his opponent’s nose. We’re sure he would have. Despite his loss, he’s still getting online publicity in China. The battle between the arts is still ongoing in China. It looks like it will keep going into the near future.

So you can expect to see more old fake masters beaten up. Surely somebody could tell them that this isn’t a good idea. How many people do you have to fool before you fool yourself?

Top Nine Finishes With Just Seconds Left on the Clock

Gentleman Jeff - Sep 22, 2016 0
Mixed martial arts is at its most exciting when guys go in there looking for a finish. Too often we get fighters trying to...