After Making Waves for Ground And Pounding Some Random Dude in a Hawaiian Bar, it Turns Out That He Had Actually Been Knocked Out Earlier by the Same Guy… What a Fall From Grace…

It’s been nine years since BJ Penn last won a fight. That victory came as a KO against Matt Hughes. He’d go onto a draw against Jon Fitch before the worst run in UFC history started. ‘The Prodigy’ – the 40-year-old veteran should really change that nickname – is now riding a seven-fight losing streak.

Fans thought that he had snapped that unwanted record – unofficially at least – when he was videoed smashing up a dude on the ground in a bar in Hawaii. Well, it turns out there’s more to that story and it’s really not looking good for the controversial former lightweight and welterweight champion.

Check out this clip – obviously obtained by TMZ – of Penn getting knocked out by the same guy earlier in the night. What was he thinking? 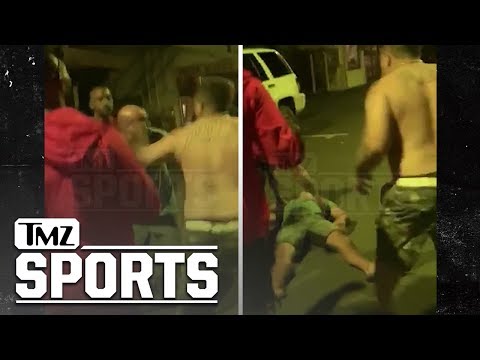 Penn definitely won’t want to look back at this video. Filmed near the Lava Shack in Pahoa, on Hawaii’s main island, basically, he got into some sort of confrontation with the shirtless dude in camouflage shirts. Now normally you’d think twice about getting involved with a former UFC champion, but Penn’s chin is pretty fragile these days.

The former champ is heard goading the man to ‘hit me again.’ When he does, Penn is laid out flat on the ground. All it takes is a clean one-two and ‘The Prodigy’ is out cold. It makes Conor McGregor’s punch of the old man look like a friendly tap on the shoulder. 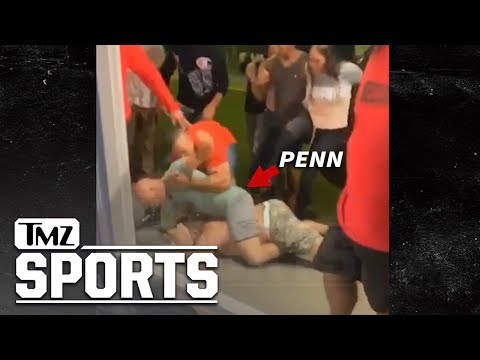 The video of Penn ground-and-pounding the same guy went viral earlier in the day. This new footage has given us some extra context for what actually happened. Allegedly, Penn was not happy that he was knocked out and decided to track the shirtless dude down.

He’s said to have sucker-punched him – a la McGregor – and that’s when he took him down and laid his fists into him from a rear-mount position. According to reports, police were called to the scene but no charges were pressed against the former UFC champion. He’s a lucky boy if that’s the case. A professional MMA fighter with Penn’s record shouldn’t be sneak-attacking people. That’s a sly move.

It’s really not sunshine and roses in the life of Penn at the moment. He’s facing a battle for the custody of his children after his wife took out a restraining order against him. Now she’s seeking divorce and full custody of their kids. Videos like these sweeping across the internet definitely aren’t going to help his case there at all.

Meanwhile, the UFC still inexplicably is handing the 40-year-old fights, despite the fact that he clearly can’t hack it at the highest level anymore. That’s not hating on a legend – a seven-fight losing streak to steadily lower competition proves it’s just the facts.

He’s got one more fight coming up, against Nik Lentz. Dana White has promised that this will be the last one. After watching him bar fighting in Hawaii, he’s probably set to hand him another ten-fight contract.

Darren - Jan 24, 2020 0
Conor McGregor is back and that means money for the UFC. It also means a lot of excitement for fans. Even if you hate...

WATCH: Kickboxer Knocks Out Opponent… And the Referee

Videos: Bully Acts Tough But The Smaller Victim Was Trained In...