Size Does Matter… This Huge Behemoth Took Down Every Bouncer in Front of Him After He Was Denied Entry to a Club… SPOILER: He Still Didn’t Get In…

It’s a tough job being a bouncer. There are really three types: there’s the calm, cool collected professional, the nervous one who tries to stay on people’s good sides, and the asshole who is out on a power trip because they’re stuck standing in the cold all night.

You’re also guaranteed to meet your fair share of idiots as well. Depending on the type of club or bar, bouncing can be a very dangerous job. Some doormen will change the route they drive home every night, just in case, they’re being tailed by someone they offended at work.

Also, what do you do when you’re totally helpless? In the footage below, an absolute monster of a human being collides like a bulldozer against a brick wall. Now in fairness, one bouncer started it by trying to stick him with a headbutt. Don’t do that against Goliath. You’ll just hurt your head. 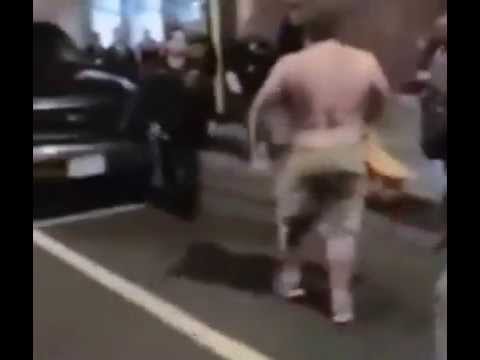 This is really incredible footage. Yes, it’s a couple of years old, but it’s only just come to our attention. A large man gets confronted by a team of bouncers outside a nightclub, somewhere in the states. For whatever reason, they start rowing and then suddenly one of the bouncers decides to stick him with a headbutt. That’s not cool at all.

It was an absolutely stupid decision because pure carnage was the result. The behemoth proceeded to batter each and every one of them. Every blow he landed with a dull thud like a hammer and knocked each man in front of him down. That’s what you get when you mess with a man who wears a shirt that bright. Clearly, he’s a badass.

He even takes off the shirt towards the end of the video and receives the adulation of several on-lookers who were incredibly impressed by his mad power.

The dude has amazingly heavy hands. In a street fight or bare-knuckle boxing match, one of the most common injuries that occur is broken hands. Not this guy, he’s throwing like a frat boy white Tyson. Every single punch he throws visibly moves his opponent backward. It’s unknown what triggered this carnage, but it definitely was one-sided. You wouldn’t want those bouncers protecting your establishment. 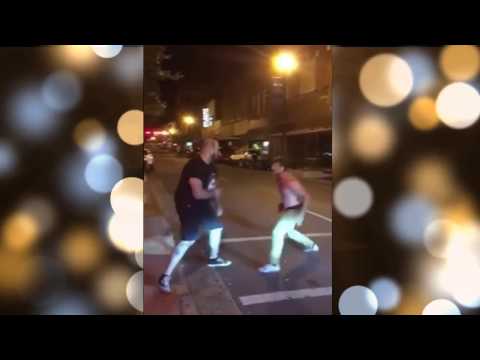 Of course, we have to get the bouncers back on side, if we ever want to be allowed back into a nightclub again. Most of them are very good professionals, just doing their jobs and are regularly family men just doing their job. In the bonus footage above you can see a bouncer teaching a frat boy a painful lesson.

Guess what: the bouncer is also a professional MMA fighter. The frat boy might have some muscle tone, but he’s no match for genuine technique and experience. We see the slowest shoulder roll-straight counter in the history of the world and it still worked. Moron.

Report: UFC Demanding Half of McGregor Purse in Mayweather Bout

Atilano Diaz - Mar 24, 2017 0
If a collection of various reports from different sources are to be believed, then all signs point to a blockbuster showdown between boxing’s biggest...