If you’re a global star like Conor McGregor, then Stallone might be one of the few people on the planet that you have some respect for. ‘The Notorious’ is notorious for his volatile nature, that has seen him rack up three lawsuits since 2016, and be arrested twice, as well as involvement in a whole host of unsavoury incidents.

Now Stallone has offered some words of advice for the Irish MMA fighter, who was brutally defeated by Khabib Nurmagamedov, the relentless Russian UFC lightweight champion. 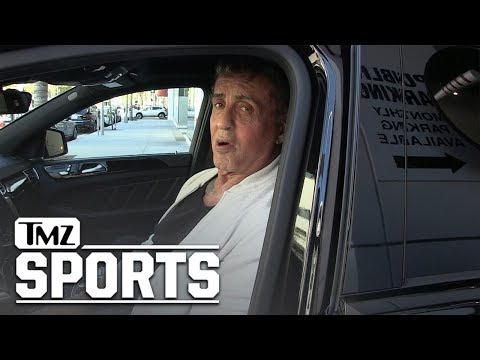 In a parallel to Rocky IV, McGregor’s career appears to have gone off the rails thanks to the accumulation of wealth and fame. Stallone believes he should learn from the mistakes and challenges he has met.

“I think he should get inspired by all this,” actor Sylvester Stallone told TMZ Sports. “Like he says ‘Okay, I’ve been going through a very rough time, I’ve been somewhat publicly humiliated, and I’m at a crossroads in my life, I have to prove something, overcome my fear, overcome my incredible opponent who seems invulnerable, Khabib.’ So this is a crossroads in his life, probably the most important one. If he doesn’t live up to his ideal, if he can’t overcome his fear and beat this man, it will plague him for the rest of this life.”

Despite getting arrested last week after a ridiculous incident involving the alleged smashing of a phone, McGregor does appear to have rediscovered some of his focus. The birth of his second child – a daughter named Croia –  may have provided him with the motivation to smash some heads and climb back up to the top.

“I think he lost last time because he got resentful, he got prideful, he got arrogant,” Stallone said. “He walked right up to that gentleman and he just got smashed in the face when he could have been defensive. There was no Plan B. Not even a Plan A-minus.”

Stallone is right though – and in fairness, he is respectful about it too. Khabib Nurmagamedov might be McGregor’s kryptonite, but you get the feeling that his career will be defined by his rematch with the Russian. If he is to ever have a chance of beating him, he will need lazar focus, away from the distraction of superstardom.

Can he do it? Only time will tell whether or not he has the hunger to climb back to the top and get another belt around his waist.

Darren - Jun 18, 2018 0
Conor McGregor's Plea Deal is Expected to Include Elements of Youth Outreach in New York City... It looks like Conor McGregor is going to be...