New Fight Promotion Karate Combat Has the Most Insane Walkouts Ever…

You’ve probably never heard of Karate Combat and there’s a good reason why. The promotion only made its debut this week, with Karate Combat: Inception taking place in Miami. It was met with a mixed response, but one part that really worked was their crazy entrances.

Karate Combat is a new organization that – big surprise – is based on full contact professional karate. The Japanese martial art is receiving a new wave of interest, as it has been added to the Tokyo Olympics. This new promotion is trying to inject glamour into the sport, and it remains to be seen how big it can become.

The promotion has UFC legend Bas Rutten and Bellator commentator Sean Wheelock on the mikes. It was truly a unique event as can be seen in the spectacular 80’s action film style entrances made by each fighter. The entire night’s action was streamed on Youtube and can be seen below.

If there’s one thing the UFC can be fairly criticized for, it’s how boring their entrances are. Especially now that the Reebok deal has basically removed the ability for fighters to express themselves in any way. Remember Georges St. Pierre’s gi, or James Te-Huna and his team wearing suits and doing a choreographed dance. The UFC has killed all of that.

It’s a shame because they’re the richest organization in the world. Karate Combat took one look at the UFC model and just threw it out the window. Instead, they went wild. Their entrances basically consisted of fighters getting out of Rolls-Royces and climbing out of yachts, with intense stares on their faces. Then they walked through a fleet of supercars, into the pit.

Yes, that’s right: they fight in a pit. And it works, because there is no cage to hold onto or obscure the vision of the audience. What’s more is that their gloves are slightly more curved than the UFC version. Both are 4oz, but Joe Rogan has said the Karate Combat style is much better. Good job guys.

The one thing that fans have to accept when they watch this is that it is not MMA. There’s no elbows or knees allowed. Take-downs are legal, although there is almost no grappling. The focus is definitely on kicks, which score much higher than punches. 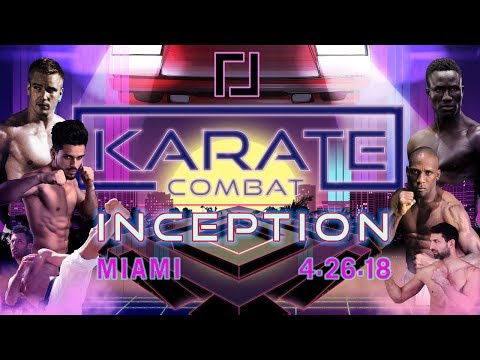 It remains to be seen if it catches on. The event was also invite-only which added to its mystique. Understandably a lot of people will just dismiss it as a poor man’s MMA or Muay Thai, but as something totally different, it’s pretty cool to watch. The full results of the night can be seen below:

The Brazilian Media Reaction To Jose Aldo’s Loss Is Disgraceful

Salvador Sanchez - Dec 14, 2015 0
Some media outlets in Brazil have even discredited Conor McGregor's victory over Jose Aldo, describing the new champion as a 'jester.' Talk about butt...