Floyd stands to make more from the bout than Conor does…

While both Conor and Floyd stand to make a lot of money from their upcoming bout, Floyd is going to make far more than Conor will. While details have not been released, Conor had to negotiate a deal with the UFC just to be able to participate, which will cut into how much the 28-year old stands to earn.

Floyd meanwhile, is coming out of retirement after 2 years for one more big payday. His previous bout, against Andre Berto, failed to provide the kind of PPV numbers Floyd had become associated with. Many believed his drawing power had been irrevocably hurt due to the poor reception his fight with Pacquiao received.

The buzz surrounding his rivalry with Conor has changed all that however. Now, with a bold and popular opponent, Floyd has the financial motivation he needs to fight again.

August 26th, 2017 will be a bizarre day in the history of both MMA and boxing. Arguably the greatest boxer of all time will face an athlete competing in the sport as a professional for the 1st time.

While most believe Conor has little chance, the bout has opened the door for a bevy of theories as to what could happen. What if Conor just charged viking style directly at Floyd? What if Floyd gets injured mid-bout? We won’t know what will happen, until it actually happens.

One thing we do know however, is that Floyd will make more money from the bout than Conor will. Floyd himself recently mentioned that if Conor found out how much he is making, he’d be furious.

Will Conor vs. Floyd Harm Boxing?

Some are claiming this bout will harm boxing, and possibly MMA as well. In reality, there is little chance of this happening. Boxing is a sport that has been around for centuries. Conor vs. Floyd might hurt the profitability of future PPVs for a couple of years, but the sport will be just fine.

As for MMA being harmed by Conor vs. Floyd, just the opposite is true. Conor is exposing the sport of MMA to boxing fans across the world through this bout. He’s supposed to lose, it won’t hurt MMA in the least if he does.

Floyd Mayweather: Conor Will Be Furious

Of all people, Tyron Woodley has now involved himself in this story. The UFC welterweight champion recently spoke with reporters about an interaction he had with Floyd at a Maxim 100 party.

Not only that, Woodley and Floyd made a video that night, directing a message towards Conor: 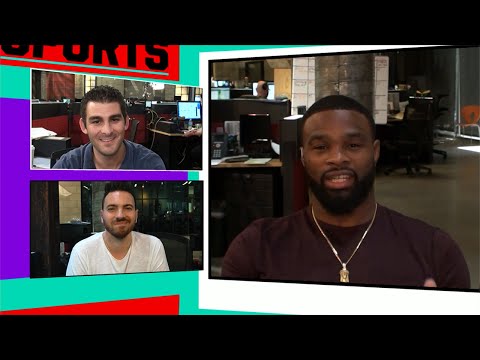 In the video, Floyd refers to Woodley as the greatest fighter in the UFC. Woodley also mentioned that Floyd wanted to show him a few boxing tips. If Woodley is smart he’ll take Floyd up on that offer.

At the end of the video Woodley is asked if Floyd said he was going to knock out Conor, only Woodley stated that Floyd said something a little different:

“He said ‘Conor’s gonna be pissed when he sees how much money I’m making.'”

Gentleman Jeff - Feb 3, 2017 0
Remember in the weeks leading to UFC 200 when Dana White said that the last thing anyone should be worried about is the company...

Five of the Best Ultimate Fighter Brawls Caught on Video

Conor McGregor Responds To Jose Aldo’s Demand To Be Released