Before meeting in the T-Mobile Arena this past Saturday, August 26, Conor McGregor and Floyd Mayweather dominated every headline for a month. Even Jon Jones’ third failed drug test paled in comparison to the MayMac hype machine.

Hoping to break Mayweather’s 20-year 49-fight win streak, McGregor played the role of dark horse. When it finally came time to fight, it was clear ‘Money’ was coming out on top. That being said, McGregor landed more than any of Mayweather’s recent opponents have.

Finally succumbing to exhaustion and the sheer volume of punches, McGregor was finished in the tenth frame.

Given the fact he lasted 10 rounds in his pro boxing debut, many feel McGregor actually did quite well. According to Mayweather himself, giving round to McGregor was part of the gameplan:

“We got the win, I told you guys it wouldn’t go the distance. The referee was worried about his career. No (I don’t think he should continue to box) because he can now probably demand higher pay days in the UFC.”

“I just took my time, I was picking my shots. Everyone was talking about how many rounds he won, that was the gameplan. The plan was to keep coming forward, make him shoot his the load by keeping on coming.” 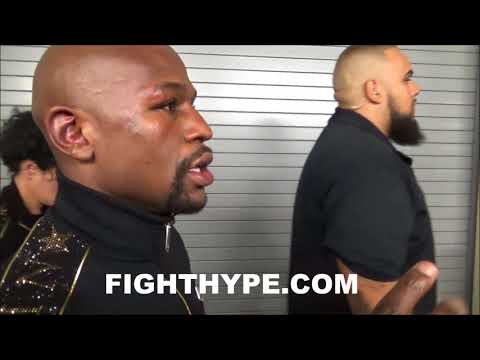 “I’m so proud of Conor tonight,” White said following the fight. “It’s not the fight I thought it would be, it was a completely different fight than I expected. When you get into professional boxing, you guys know, you start four rounds, you go six rounds. He went 10 rounds tonight with arguably the greatest to ever do it.”

McGregor, although gracious in defeat, actually felt the judges were scoring biased:

“I think that’s very biased. I am actually shocked at that. I thought I won first three clearly. The fourth could have gone either way. I thought I snuck out round eight, then he won nine and got the finish. I thought I did okay.”

Back to MMA for McGregor, and back to retirement for Mayweather. Possibly facing Nate Diaz next, McGregor has a line of contenders at 155 pounds who are growing very impatient.

With Kevin Lee and Tony Ferguson competing for a highly pointless interim belt, lightweight is more messy now than ever.

Does Masvidal deserve to get an immediate REMATCH against Usman?

John - Apr 6, 2021 0
After hearing the report that Usman vs Masvidal 2 is booked to headline UFC 261, there were a lot of different opinions floating whether...

WATCH: Conor McGregor Admits Nate Diaz Made Him Chicken Out

Nate Diaz Could Be Joining Floyd Mayweather Against Conor McGregor

Jon Jones and Francis Ngannou goes BACK N FORTH on Twitter