Max Holloway’s convincing victory over Jose Aldo on Saturday has led to increased talk of him possibly taking on Conor McGregor again somewhere down the line.

Holloway had this to say regarding facing Conor:

“If (the) UFC call me up for that reason, any reason to fight him (McGregor), I’d gladly fight him. If the Conor fight don’t happen, it’s not on my side, I’ll tell you guys right now. It’s on their team. Their team talks about me all the time. They tell me about how I’m the best guy in the world and blah-blah-blah and this and that, but now, really think about this. Right now Conor’s talking about fighting Paulie Malignaggi in MMA. Let that sink in. Paulie Malignaggi in MMA, I don’t know what to say.”

It is tough to determine what the likelihood of this bout happening is.

At the moment, we don’t even know what sport Conor McGregor is going to be competing in next. Amongst the many people currently posturing for the next chance to share PPV bonuses with Conor is now Manny Pacquiao and Oscar De La Hoya.

A big fight in the featherweight division is upcoming between #4 Cub Swanson and the undefeated #6 Brian Ortega. Swanson already has a loss on his record to Holloway from 2.5 years ago but has won 4 in a row since. Their fight headlines Saturday’s UFC Fight Night event and could have title shot implications if one of them wins convincingly.

Dana White seems less than impressed with Frankie Edgar’s late pull-out from his scheduled title fight with Holloway. This could mean Edgar won’t be receiving the next title shot.

“Unless it was a freak knee to the eye in wrestling or something like that,” he continued. “Who’s hitting you that hard in your training camp that you break your orbital? That’s insane. Anybody know the answer to that question?” 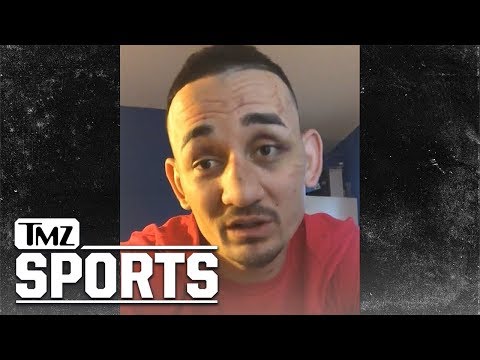 If I had to really tell him, I’d tell him ‘Go figure your life out” with whats going on in the media, you’re hearing crazy things about the dude. I hope it’s not true, I hope we don’t see another guy see his statue fall because of *censored* things he chose to do outside the octagon.

I wish nothing but the best to him, he’s a businessman, fair play to him.

Max had this to say when asked if he thought Conor was ducking him:

“It’s all fun and games I don’t think the man’s scared of anyone, you know what I mean?”

He can hold onto that fight from years ago when we were little kids fighting on an undercard.

Atilano Diaz - May 23, 2017 0
It seems Cristiane “Cyborg” Justino has had enough of people making fun of her and calling her names, especially the company she works for...

Darren Till Explains Why He is Better Than Conor McGregor

If Stephen Thompson beats Burns, he might get a TITLE shot...