Ronda Rousey’s MMA career is over. She hasn’t said as much but she’s also never said her Judo career is over either. There is something about Rousey’s cognitive process which simply won’t allow her to close the door on parts of her career, it seems.

It should also be noted that Rousey’s refusal to retire from MMA is not without its consequences. As a technically active member of the UFC roster, Rousey is still subject to drug-testing from USADA. In fact, Rousey not being officially retired from MMA should mean she is ineligible to sign a contract with WWE. Clearly, some deal has been worked out between WWE, UFC, and Rousey herself, however.

Rousey won’t be returning to the UFC and Conor McGregor has played an important role in that. The former women’s UFC bantamweight champion recently spoke with ESPN about how Conor has helped her at this stage in her career. It’s been clear for some time the two fighters are fans of one another but Rousey revealed Conor’s impact on her has been greater than what has been stated in the media. 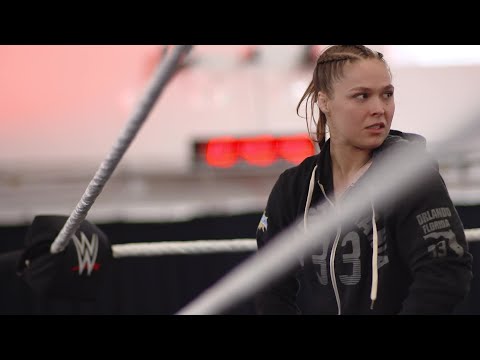 How is Ronda Rousey Doing in WWE?

Ronda Rousey made her first official appearance with WWE at the 2018 Royal Rumble in January. She has yet to wrestle a match for the promotion but will do so at this year’s WrestleMania in 2 weeks. Rousey will team with a fellow former Olympian, Kurt Angle, to face WWE’s power-couple, Triple H & Stephanie McMahon.

So far, Rousey has had a positive impact on the sports entertainment company. Her star power has allowed her to promote WrestleMania on mainstream sports outlets such as ESPN, Ellen, and elsewhere.

Can Ronda Rousey Travel Through Time?

Rousey has gotten some media attention as of late due to how she has handled certain questions. In particular, Rousey has seemed to grow frustrated when reporters ask her about her MMA career or a potential return to the sport.

Granted, Rousey has most likely grown frustrated at answering a question she has fielded several times previously. She gave an answer some are calling awkward and others are calling epic in response to the same question earlier this week. When an unprepared reporter from ESPN asked her about returning to MMA, he fumbled his words. He ended up asking her if there was a possibility she could go back in time to her MMA career… Rousey saw an opportunity.

“There’s a possibility that I could go back in time? That’s your question to me!?”

“I do not have the ability to go back in time, no.”

As of this writing, we have been unable to independently verify Rousey’s claim. 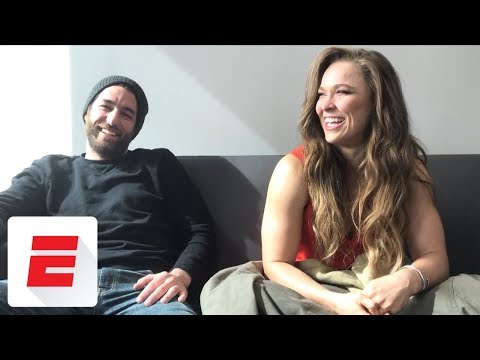 Rousey also spoke to ESPN about the influence Conor McGregor has had on her career as well. In addition to always being an outspoken supporter of hers, Rousey says Conor’s popularity also made it easier for her to walk away from the UFC.

“I love Conor. He’s awesome, and he’s always been great to me. He has my utmost respect as an athlete and as a man. I just appreciate him always being so respectful back to me. I mean, I just wish nothing but the best things for him. He took so much weight off of my shoulders as well. I owe a lot to Conor.

Salvador Sanchez - Mar 14, 2016 0
With all the drama surrounding UFC featherweight champion Conor McGregor inside the UFC octagon, it's easy to overlook a lot of the other big...

GSP Will Come Back for Mega Fight

Leon Edwards still wanted to fight despite Khamzat pulling out

PIC: Does Dillon Danis Have the Hottest Mom in MMA?