You know who has it tougher than Ronda Rousey right now? Edmond Tarverdyan, that’s who.

The boxing coach who is Rousey’s lead trainer is in hot water for the sham that happened at UFC 207 last week. Rousey returned to competition last week after over a year away from the Octagon. She got smashed to bits and pieces by reigning UFC women’s bantamweight champion Amanda Nunes.

If you don’t know what happened, you need to get out from underneath that rock you’re hiding at. Nunes obliterated Rousey with pinpoint accurate strikes that the American judoka had no answer for. It only took Nunes 48-seconds to complete the demolition job and send Rousey back into the abyss.

Not only that, but this loss looked much worse than the loss to Holly Holm in 2015. Against Holm, Rousey was thoroughly outboxed until the finish. Against Nunes, Rousey did not appear to have improved her striking even just a tad bit.

Critics have blasted Tarverdyan for misleading Rousey into thinking she’s a striker when she is clearly not. Tarverdyan, who also trained former boxing world champion Vic Darchinyan, is in charge of Rousey’s entire training camp.

Given Rousey’s performance, there is reason to believe that she may not have been mentally prepared for the fight. The self-confidence in her own abilities was clearly absent as you could tell from her body language. However, most people blame Tarverdyan for her loss because he is responsible for her boxing training. 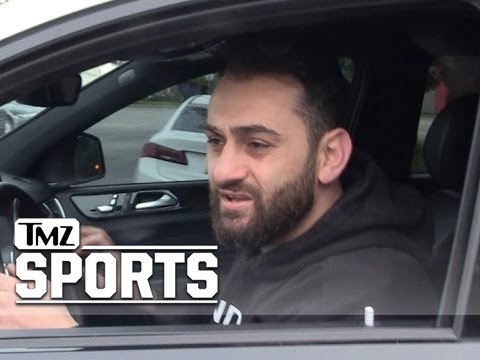 Watch This Video Of Edmond Tarverdyan Captured By TMZ

In a recent video captured by celebrity gossip website TMZ, Tarverdyan is seen in a white car driving off as a reporter tries to get a word from him.

“Coach, do you think Rousey will come back? What do you have to say to people who say you weren’t the right coach?,” the reporter asked.

A clearly annoyed Tarverdyan shrugged things off and said, “It doesn’t matter what people say” before speeding off.

So what do you think guys? Do you think it’s Tarverdyan’s fault Rousey failed so miserably in her comeback bid? Or is it because her head is just no longer in the game?