Pat Miletich is an MMA legend. He was the first UFC welterweight champion in the history of the division. Now 52, it was 12 years since his last fight, when he defeated Thomas Denny at Adrenaline MMA 2 in 2008. Since then, he’s been a visible commentator as well as an acclaimed trainer.

However, even at his age, he’s still got a fighting spirit. That’s why he took on former boxing world champion Michael Nunn at Age of Legends in Miletich’s native Iowa. Furthermore, Miletich was actually the younger man as Nunn is now 57 years young.

But that didn’t stop Nunn from claiming a split-decision victory in the kickboxing contest. The former IBF middleweight and WBA super-middleweight champion got the job done in front of about 3000 fans in Davenport. Check out the depressing highlights from this clash.

Nunn’s last boxing match was back in 2002 but still got the victory. He served 199 months of a 292-month prison sentence between 2002 and 2019. The veteran was disappointed that the fight didn’t continue for another couple of rounds. However, the officials weren’t comfortable with that idea.

Miletich tried to keep Nunn off of him with his kicks, but the boxer was able to walk him down and batter him against the ropes. In the end, he took more damage than he would have wanted, but that’s the risk you take when you step into a ring. 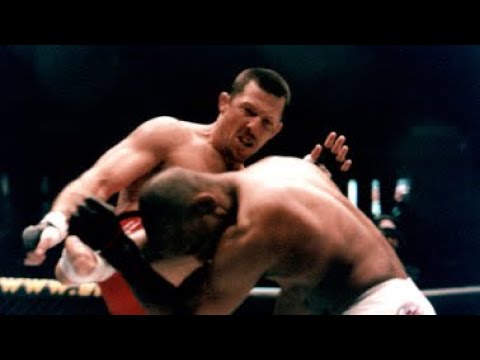 After the fight, Miletich explained his disappointment. He believes that he could have made it through the rest of the bout. However, the referee disagreed. It wasn’t the return to professional action that he dreamed of. Furthermore, he wasn’t happy with his physical conditioning.

“I looked like a catcher’s mitt. He got me with a couple of right hooks,” he said. “I knew I had two more rounds in me, but they said it was all over.”

In sum, it’s rare that a fighter comes back after so long out and looks good. Just ask Chuck Liddell who had an even more depressing loss against Tito Ortiz when he returned at the age of 48. Furthermore, everybody feels a little bit depressed after it.

Meanwhile, there was controversy because of the number of people in attendance. As everybody knows, there’s a massive health crisis spreading across America right now. Furthermore, Iowa is one of the most affected states in the US. Cases are rising across the country every day. In short, that’s why most live events do not permit audiences.

“If you’re afraid to come and you don’t want to risk it, don’t come,” said longtime MMA promoter Monte Cox.

Atilano Diaz - Apr 11, 2017 0
As reported by Fighters Only, former UFC middleweight champion and pound-for-pound great Anderson “The Spider” Silva (34-8, 1NC) is set for a highly-anticipated rematch...

50 Cent Explains Why He Would Smash Conor McGregor in Street...