After Romero’s cut, UFC is planning to remove 60 more fighters

During the post-fight press conference, Dana White indicated that Romero was cut due to him being 44 years old and lost four of his last five.

He also said, “We’re going to go through some serious cuts here at the end of the year. Probably going to have 60 cuts before the first of the year”. 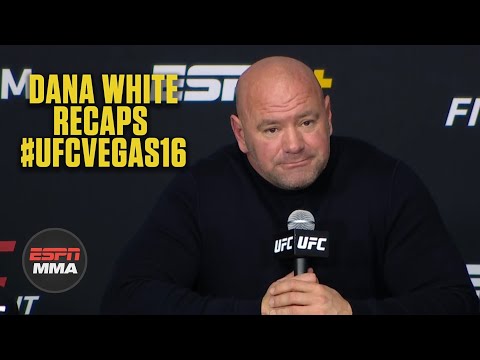 It seems the UFC is also cutting their roster talent, but no indication as to why but it most likely because of losing money. There are no live gates so that is still huge money that the UFC capitalized on before.

Their biggest fighters Conor Mcgregor and Jon Jones have not been that active as compared to before and Khabib retired. The UFC is looking to lower their expense by decreasing their roster.

Even though Romero lost four of his last five fights, it was against the top contenders of the division. He was not known to take easy fights since he was the boogeyman of the division. His athletic ability and explosiveness still look in tip-top shape.

UFC fighters who are on a losing column might be frightened whether they get cut or not but the UFC is just doing this from a business standpoint. At one point, Leon Edwards was removed from the rankings even if he did not do anything wrong.

From Dana White’s perspective, it is just that Romero is just not the top contender he used to be and the decision to remove him was tough to make.

Another Legend, Anderson Silva has also been removed from the UFC Roster. One of the most accomplished champions in UFC history who did not want to retire was cut. Dana White said that he is concerned with his health, being 45 years old and lost five of his last six fights.

It is tough to see fighters get cut specially for those hardcore fans of certain fighters. Father time is undefeated in the sport of MMA so the promotion has to move on.