The First Official Mayweather vs. McGregor Promo Has People Losing Their Minds

Would a boxer stand a chance in a mixed martial arts contest? Well, the answer has been demonstrated on a number of occasions. Without taking time to fight at amateur, and build up the skills require, the result is always the same-the boxer gets bashed and choked out.

Stepping back in to the ever popular world of MMA vs. boxing, and the hot topic of Mayweather vs. McGregor, fans are currently debating the opposite prospect. Will a mixed martial artist be able to box the world’s best current pugilist?

According to many boxing fans and pundits, and even some UFC fighters and fans, the answer is no. But dammit, the bout has some very intriguing qualities nonetheless.

Below is the first official promo video for the anticipated August 26 clash. Watch on the Youtube player, before an interview with Conor McGregor’ coach about sparring, and the full world tour dates: 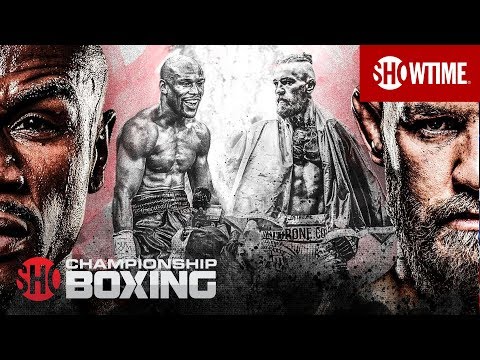 “Without going into too much detail – just to throw a number at you – we’re doing four times the amount of sparring for this camp than we would do for a regular MMA camp,” Kavanagh told TheMacLife.com in a recent interview.

“That’s a huge amount of extra rounds. Whatever other parts you get ready for a fight whether it’s boxing or MMA, without doubt the most important part of that is sparring. That’s the sport. So you can be doing movement drills and weight lifting and running and all of these different things that go with it but number one should be sparring, as long as it’s sensible.”

In case you were wondering, there is actually a full world tour for this fight. The people set to benefit from this bout clearly want to squeeze every penny out of it. Check out the tour dates below, and stay tuned for more updates!

*Free tickets to the Los Angeles event if fans go to AXS.com on July 7 at Noon PT. Tickets available on a first-come, first-served basis and will be limited to four (4) per customer.

*Free tickets to the Brooklyn event are available now at Ticketmaster.com. Tickets will also be available at the American Express Box Office at Barclays Center starting Saturday, July 8 at noon if they are still available). Tickets available on a first-come, first-served basis and will be limited to four (4) per customer.