He retired shortly after, finishing his career a perfect 49-0. While he is deep in retirement, talks of Mayweather facing UFC two-division champ Conor McGregor run rampant.

The two are widely considered the best in their respective sports. McGregor has just recently become the first UFC fighter in history to hold two UFC titles in different divisions simultaneously. Mayweather on the other hand is highly-revered as a legend in boxing, and perhaps the greatest defensive fighter in history.

A Mayweather-McGregor Superfight Would Smash All Records

A high-profile potential superfight between the two has generated tremendous interest in the past few months. As McGregor slowly becomes a global icon, his stock continues to rise. With Mayweather retired, McGregor is today the world’s premier combat sports attraction.

However, one man believes Mayweather will not stay retired for long. He believes that the allure of going for a 50th win will be too much to resist for the proud champion.

“I think it’ll be good if he does 50 and 0,” said Floyd Mayweather Sr. “It takes him out the category that Rocky Marciano was in and it’ll probably be another hundred some years before that happens again.”

McGregor has maintained that he is willing to do a crossover mega bout with Mayweather. The Irishman however has stressed that the price must be right. “The Notorious” has called out Mayweather in the media and said that he was ‘scared’ to fight. 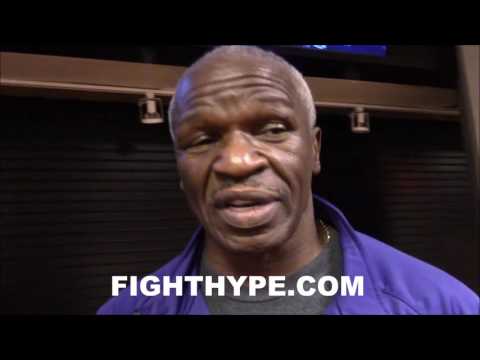 Floyd Sr. Says He Would Knock Conor McGregor Out

“He wants a boxing match, he doesn’t want a fight,” said McGregor. “I want $100 million cash to fight him under boxing rules … he’s afraid of a real fight.”

Mayweather has since responded to McGregor, calling McGregor an ‘ant’ while he was an ‘elephant’. Floyd Sr. also did not take kindly to McGregor’s call out.

Floyd Sr. was also asked if he himself would like to fight McGregor, and his response was simply epic.

“If he knows what’s good for his ass, he better go somewhere and sit down, especially if he talking about messing with the Joy Boy,” said Floyd Sr. “If they want me to fight him, I’ll fight him. I betcha I’ll knock his ass out. I would put him to sleep and I’ll put it on his ass for real.”

Salvador Sanchez - Jan 12, 2017 0
The beef between Conor McGregor & Floyd Mayweather continues to brew... After more than a year of back-and-forth insults, the feud between Floyd Mayweather and...