As soon as Khabib found out about Tony Ferguson, he asked, “Where’s Conor?”

UFC President, Dana White, has stated he will never try and schedule a fight between Khabib Nurmagomedov and Tony Ferguson ever again. Whether it be because of tiramisu or a freak injury at a UFC-required media event, a fight between these two lightweights seems cursed; prevented from ever happening by the MMA gods.

With the main event at UFC 223 supposed to determine who would be the next in line to challenge for Conor’s UFC lightweight championship, one has to wonder where the champ was to fill in for the injured interim champion. It has now been 508 days since Conor’s last MMA bout, which was against Eddie Alvarez at UFC 205.

Conor McGregor is the UFC’s golden goose, however, and the promotion was perhaps thinking they did not have the time required to properly promote the long sought after fight between Khabib and Conor. Another possibility as to why the UFC was hesitant to reach out to Conor was because the company has a preliminary hold on a venue in Moscow for September and could be hoping Conor and Khabib will be the ones to fill it.

According to Khabib’s Manager, Ali Abdelaziz, the UFC simply doesn’t want to put Conor against Khabib…ever. While the UFC generally wants to pit the top fighters against one another, Abdelaziz believes Dana White protects Conor.

“90 percent of the time, Dana White will put the best guys together,” Abdelaziz told Yahoo! Sports’ Kevin Iole in a recent interview. “But when it comes to one guy, Conor, I don’t think Dana’s gonna put him against the best guy.”

These fools pull out more times than I do with my dick.

News broke on April 1st that the UFC 223 main event was off and fans were quick to hope it was an April Fools day joke.

Unfortunately, in the current era of MMA, the worst fears of fans, fighters, and promoters are canceled bouts. Each bout lost is another lesson to fans to never believe a fight will happen until the competitors are actually in the cage.

UFC lightweight, Nate Diaz, tweeted out “LOL, these guys can’t even make it to war”, while Conor McGregor made a crude joke about how often fighters in his division “pull out”.

TMZ reporters spoke with Khabib in the video below: 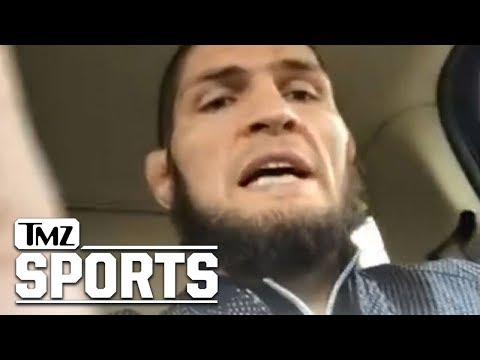 According to Khabib, he asked Dana White and the UFC specifically for Conor following Tony Ferguson’s pull-out of UFC 223. The response he got from the promotion was a series of excuses.

Khabib said that Conor not being available for the fight had more to do with the UFC wanting to protect his face for his Burger King commercials.

(Conor) post message saying like ‘I’m staying ready bla bla bla’ but now when UFC call him he’s not ready… Dana told me about Conor ‘hey, now he have very good sponsorship with Burger King he have to look nice, we don’t want to change his face’ so I said ‘ok, now I understand’.

Gentleman Jeff - Nov 15, 2016 4
Conor McGregor is in no hurry to face the 24-0 Khabib Nurmagomedov. The current featherweight and lightweight champion made that clear at the UFC...