Needless to say, Khabib’s manager is confident he knows how UFC 223 will go…

Khabib Nurmagomedov’s manager, Ali Abdel-Aziz, is concerned about UFC 223. He’s not concerned for his fighter, however, but rather Khabib’s opponent at the event, Tony Ferguson. Abdel-Aziz believes that Ferguson’s health is at risk.

There are those who agree with him on this point but also those who insist Khabib has never fought anyone like Tony Ferguson before. This includes any bears he may have wrestled in Dagestan.

Last month, Ferguson offered up his own prediction for UFC 223 which may have been the catalyst for Abdel-Aziz’s more recently vocalized premonition. Ferguson wasn’t mincing words either.

“I get hit for a certain reason, I want people to use their energy against me. But for Khabib, that b*tch is not going to touch me,” Ferguson stated a week ago. “Not one time. I’m going to dance circles around this kid. I’m going to be hitting him with some nasty f*cking uppercuts that are going to make him think twice about shooting in on me.” – Tony Ferguson

So both teams are feeling confident, in other words.

Ferguson also expressed that his plan for beating Khabib involves using his elbows.

“Have you ever seen Khabib cut in a fight? I don’t think so. I’m Mexican and I’ve got some f*cking sharp ass blades on my elbows, so that b*tch better think twice about f*cking showing his face in front of me, especially inside that cage. Get in my face, dude, I’ll hit you with my knee. I’m going to leave you f*cking bloody.” – Tony Ferguson

There is potentially a dangled carrot in front of Khabib for this fight as well. Rumor has it the UFC has reserved one of Moscow’s top venues for two dates in September. The line of thinking is that if Khabib defeats Ferguson at UFC 223, it’ll leave the door open for a mega-fight with Conor in Russia.

Despite what Khabib has been saying as of late, it’s unlikely he isn’t motivated by the prospect of earning a huge paycheck for fighting Conor in his home country. It’s also a fight Conor has stated he wants as well. 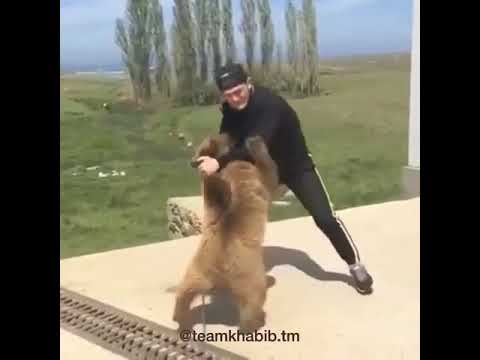 According to Ali Abdel-Aziz, Ferguson’s entire face will be disfigured in the fight:

“I feel sorry for Tony Ferguson, because on April 7, Tony Ferguson is probably never gonna fight again. I’m hearing that he’d accept, he’d be more than happy for Khabib to take him down. And I’ll tell you something, he’s not gonna be a normal human being.

“He’ll be in trouble. Because if he accepts takedown from Khabib and he will take him down, he will disfigure his whole entire face.

“My prediction, Tony Ferguson will probably need to take two years off or maybe not come back after this fight.

“I’m concerned with Tony Ferguson’s health. He will not be the same. He might not fight again.” – Ali Abdel-Aziz on the MMA Hour

Darren - Jan 20, 2020 0
Tyson Fury has as expected, backtracked on his MMA ambitions. The Gypsy King realized that it would be a suicidal idea to step into...