The Filipino Boxer/Senator is looking to get back in the ring for 2021 and wants the biggest name in MMA, Conor Mcgregor. The Irish MMA fighter is currently booked to fight on UFC 257 (23 January) against Dustin Poirier. Things will more clear on Mcgregor’s decision after his fight, as of this moment Mcgregor is focused on the Poirier fight.

According to Mcgregor, he has been in the best shape of his life and he beats all of his past self from when he beat Donald Cerrone and Eddie Alvarez. He is not overlooking Dustin Poirier as he was the former interim lightweight champion and is a different fighter from when he was.

He also said that he wanted to fight Dustin Poirier since he has a similar stance with Pacquiao which is South-Paw, it could help him prepare if the boxing match will be made. In an interview from the past, Conor Mcgregor also hinted that their team is making negotiations with Pacman’s team. 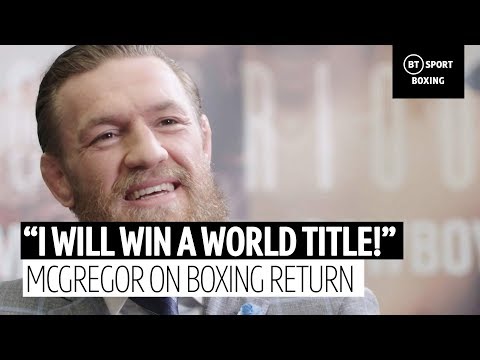 Who could blame Pacman for pursuing the Mcgregor fight, it guarantees a huge payday which he also aims to donate a big portion to his poor countrymen. The fight will have bigger revenue than Pacman fighting the current champions, Crawford and Spence.

Conor Mcgregor has also fought inside the boxing ring once and it was against Floyd Mayweather. The fight was a huge success that it was the second-biggest fight of all time, the first being Mayweather vs Pacquiao.

Pacquiao has not fought in the year 2020, his last fight was against Keith Thurman back in 2019, and may need a tune-up fight to prepare for the big fight but he may also not need it since he would still be the favorite coming to the fight.

WATCH: Unreleased Footage of Cody Garbrandt & Joanna Jedrzejczyk After Being...

Salvador Sanchez - Nov 10, 2017 0
Some very emotional footage of the two former champions at UFC 217 has now emerged. Garbrandt and Jedrzejczyk had very different reactions to being...