Conor McGregor appeared to score three perfectly timed knockdowns at UFC 202. According to former UFC heavyweight Brendan Schaub, Nate Diaz told him that wasn’t the case. Diaz claims he flopped to the canvas on purpose to try and initiate a grappling exchange.

This very gameplan worked for Fabricio Werdum against Fedor Emelianenko. Was Diaz trying to emulate that performance? Check out the comments as per BloodyElbow.com:

“That’s a risky game plan, but that’s from the horse’s mouth,” Schaub said.

“Is that one of those ‘I meant to do that’ things?” Rogan replied with a laugh.

“I don’t know. I don’t know Nate Diaz enough to be like ‘are you serious?’” 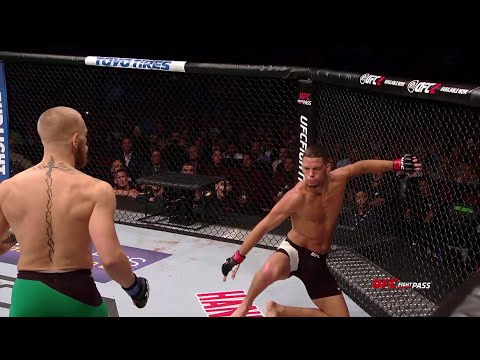 Bare Knuckle FC 2 is ON and Just Got Even More...

Darren - Jul 18, 2018 0
After The Success of Bare Knuckle FC 1, Fans Will Be Excited That The World's First Bare Knuckle Boxing Promotion is Adding Even More...

Oliveira vs Poirier planned to happen in December