A priest would convince Robinson to go through with the fight…

“Sugar” Ray Robinson’s real name was Walker Smith Jr. The name “Ray Robinson” came from the ID he stole as a 15-year-old to compete in a boxing tournament only eligible to those 18 and up. That was the beginning of what would arguably be the greatest boxing career of all time.

It took almost six years for Robinson to receive a title shot. When he finally got his chance at the World Welterweight title however, he won a 15 round war against Tommy Bell in Madison Square Garden. The results of his first title defence a few months later however, would haunt him for life.

22-year-old Jimmy Doyle was pegged as Robinson’s first title defence on June 24th 1947. The youngster had already amassed a 43-6 record at the time.

The fight almost didn’t happen however, as Robinson had a terrifying dream about the bout. As Robinson would later tell reporters, he had a dream that he was fighting Doyle and hit him so hard it killed him. The dream haunted Robinson, so much so that he decided to back out of the fight.

Death in the Ring

Robinson told the athletic commission he wouldn’t fight. When they asked him why he said because of the dream he had. Boxing was controlled by the mafia at the time however, and it is said they were not pleased at how the cancelled fight would hurt their bottom line.

The mafia brought in a catholic priest and a minister to speak with Robinson. They would convince him it had only been a dream, and he shouldn’t back out of a fight because of it. Robinson listened and the fight was back on.

In the 8th round Robinson hit Doyle with a left hook which sent him to the mat. His body went rigid. Robinson had won the fight, but the next day he would learn his horrible premonition had come true. Doyle never regained consciousness and died 17 hours later of a brain hemorrhage at the hospital. 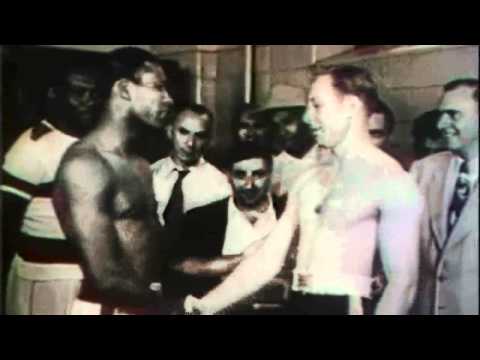 After the fight, Robinson learned that Doyle had planned to use his boxing earnings to buy a house for his mother. Robinson gave the money he earned in his next four bouts to Doyle’s mother so she could buy a home.

Luke Rockhold Calls for an End to the Conor McGregor Era

The Top 10 Latest Finishes In UFC History Are All Amazing

Jon Jones Team: This is a Set Up, They’re Trying to...

Video: Joe Rogan Gets Emotional When Asked About His Job