Struve is listed as 7ft tall, and like all other dutch athletes you’ve ever heard of, he tried his hand at kickboxing. He went 4W-4L professionally as a kickboxer before transitioning to MMA, where he has had more success.

Struve’s UFC record is 11W-6L and has included 4 performance of the night bonuses. He has defeated current UFC heavyweight champion Stipe Miocic, which he did at UFC on Fuel TV 5, and has wins over Antonio Rodrigo Nogueira and Antonio “Big Foot” Silva.

At only 28, Struve has already had 17 fights in the UFC. Now with a veteran’s intelligence to go along with a physically imposing frame, we could see Struve begin to make a move up the rankings. Considering many of the top guys in his division are starting to get pretty old, a few new opportunities could be in the near future for Struve. 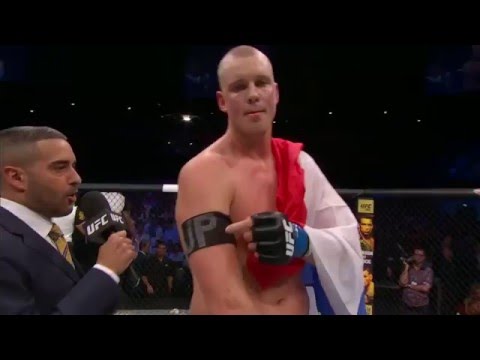 VIDEO:Francis Ngannou drinks a cup while getting HIT