Having a reach advantage over an opponent can be the difference between winning or losing a fight. This is the reason that many long-limbed fighters, such as Anderson Silva or Jon Jones, become such legendary fighters.

Tall fighters have an advantage in this regard, as this often means they have longer legs and arms as well. Of course being tall also gives a fighter an advantage over a shorter opponent by making it more difficult to get hit.

Despite the potential advantages for tall fighters, very few gigantic sized mixed martial artists have achieved even a moderate amount of success.

Here are the top 5 tallest fighters in MMA history…

McGee was 7W-0L when he entered the UFC for his first fight at UFC 28. On that night he would run into a future UFC heavyweight champion, and frequent drug test failure, Josh Barnett, who knocked him out in the 2nd round. After fighting on some smaller shows, McGee made his way back to the UFC. McGee defeated Pedro Rizzo and Alexandre Dantas, before being defeated by Tim Sylvia in his second stint with the promotion.

From there the Giant would move to Pride, where he lost his first fight to Heath Herring, and his second fight to Semmy Schilt. McGee would take a break from fighting for 4 years, before going 1-1 in a comeback attempt in 2008. His career record was 13W-5L. 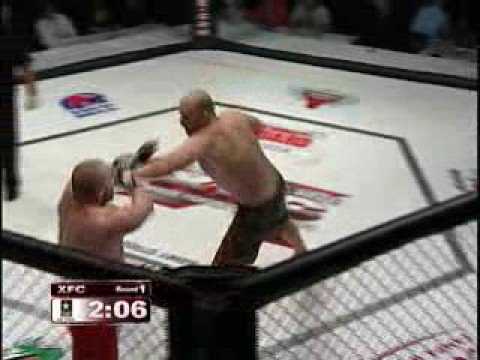 Darren - Feb 22, 2019 0
The Official Retirement of Georges St. Pierre Has Many People Asking the Question... Is He the Greatest UFC Fighter of All Time?  The legend that...

10 Times MMA Commentator’s Got Too Close To The Action