According to Tyron Woodley, Floyd Mayweather is serious about fighting inside the octagon. Woodley seems confident in his chances if he does as well.

“Floyd Mayweather’s one of the best strikers of all-time,” Woodley said. “How many guys in the UFC that can’t wrestle and can’t grapple that consider themselves a standup fighter, but they have to stand across one of the greatest strikers ever, they gonna be in a world of smoke.”

In speaking with TMZ Sports, Woodley broke down what he and Floyd have been working on. While many are claiming Floyd will never actually compete in MMA, everything Woodley is saying on the matter points to the opposite being the case. If Woodley is telling the truth, and Floyd is seriously training for an MMA fight, the combat sports world is only going to get weirder.

When Did Woodley and Floyd Start Training Together?

Woodley mentioned to TMZ Sports that he and Floyd have been training since they met up over NBA All-Star weekend.

“I saw him at the Jordan party during (NBA) All-Star weekend,” Woodley said, explaining how he and Mayweather opened discussions. “We started chatting about training MMA and we decided let’s connect, let’s hook up in Vegas and do some training and get him ready for MMA.”

Woodley On What He Has Taught Floyd So Far

Woodley broke down what he and Floyd have been working on so far. Defending against kicks and takedowns appears to be the main point of focus.

“If you’re an athlete and you can pay attention and learn quick, you can stop a takedown, especially when you got the octagon to help you,” Woodley said. “I think (Floyd) has a chance for sure”. 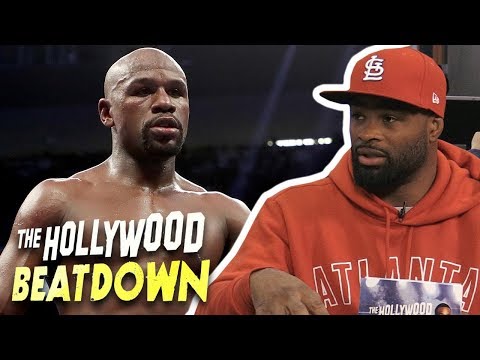 Woodley on Floyd’s Chances in MMA Bout Against Conor

The UFC welterweight champion believes Conor McGregor is actually a good match-up for Floyd in the cage. Woodley believes the opponents Floyd wants to stay away from are those who have significant wrestling pedigrees.

“Conor’s not that great a wrestler. He’s not like a world-class jiu-jitsu guy so if he can’t land one of those kicks on Floyd and he can’t take him down…”

If Conor and Floyd do end up fighting in MMA, it will be interesting to see how Conor approaches the bout. Would Conor attempt to take Floyd down and turn things into a grappling contest or would Conor want to keep things standing to make a point?

As ridiculous as it once seemed that Floyd and Conor would fight again but under MMA rules, there does appear to be some significant movement towards making the fight a reality.

“We already getting it set up.” – Tyron Woodley