Former UFC Welterweight Champion, Tyron Woodley is making his pro boxing debut on August 28 against Youtuber Jake Paul. He recently posted that he is training with one of the best boxers of his era, Floyd Mayweather. Will Mayweather’s training be beneficial for Woodley?

😎
Bank Robbery in progress. Y'all fucked up! It's stuck now!! @floydmayweather
@gt_the_great_ pic.twitter.com/VYDWJnj9As

In an interview with Floyd Mayweather, he was asked about his thoughts on the Jake Paul vs Tyron Woodley fight. Mayweather picks Woodley in the upcoming matchup and invited Woodley to train with him. It would be a good idea to train with one of the greatest boxers of all time, and his experience would be great for Woodley. 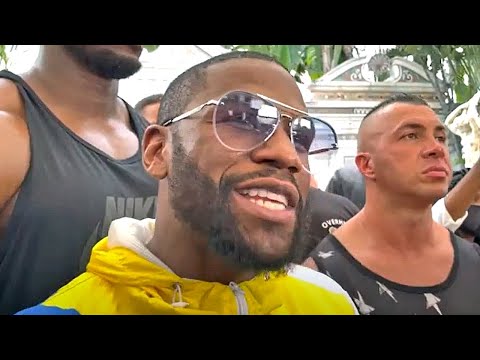 Woodley was recently cut from the UFC because he was on a losing skid. He couldn’t compete with the top contenders anymore. Father time may caught up with him or maybe because he suffered that brutal loss against Usman that he was never the same fighter.

It is also worth noting that Woodley and Paul were in an altercation during the Askren vs Paul fight. Woodley was good friends with Askren and was put in charge to watching the hand-wraps for Jake Paul. Paul and his team were calling out Woodley saying that he does not know how to box. It is also added motivation for Woodley to avenge his friend’s loss.

Atilano Diaz - Nov 14, 2016 0
Conor McGregor just did exactly what he said he was going to do, and that’s take out former UFC lightweight champion Eddie Alvarez easily....

Is Kevin Holland fighting too much for his own good?

Video: Gangsters Mess With The Wrong Old Man On Subway