Late last November, rumors began to fly that Conor McGregor was in real trouble with organized crime in Ireland. This stemmed from an incident in an Irish nightclub where Conor is alleged to have punched at least one connected person.

Veteran Irish crime reporter, Paul Williams, indicated the UFC lightweight champion could be in a considerable amount of trouble.

“I have to say about this, and I’m wearing my old, veteran crime reporter hat. Conor McGregor is in a very dangerous place at the moment. He has come into conflict through probably no fault of his own, with a group of very, very dangerous people who are tied up with the Kinahans. These people do not care who Conor McGregor is, what he stands for, how powerful he is, they will drag him down into the cesspit.” – Paul Williams

Although the McGregor family has denied any involvement with Irish crime families and speculated the whole situation was being blown out of proportion, a video has surfaced of a pre-UFC Conor sparring with a noted gangster.

I am the cartel.

Hit Out on Conor McGregor

Some rumors even suggested a bounty of $900,000 was placed on Conor’s life.

“People that I know in Dublin, and are blowing me up are saying, it’s real and Conor is in a bit of trouble…They’re saying there’s a hit out on Conor for 900 grand.” – Brendan Schaub on the Joe Rogan Podcast.

Schaub did not reveal his sources, however, and is perhaps not the most credible journalist around.

The bizarre stories surrounding Conor McGregor have led the UFC to move on with their lightweight division as if he will not be returning to it. While the stories of his brushes with organized crime play a role in the UFC’s perspective, Conor’s behavior has been erratic in many ways recently.

White has expressed skepticism that the rumors surrounding Conor’s trouble with organized crime are true. He had this to say shortly after the rumors surfaced

“If it was true, it would be big. Conor can walk down the street and it’s big news now. If this were true, I just have to believe it would be off-the-charts crazy.

“If it’s true, we’ll end up finding out. I can’t chase all these things around.” 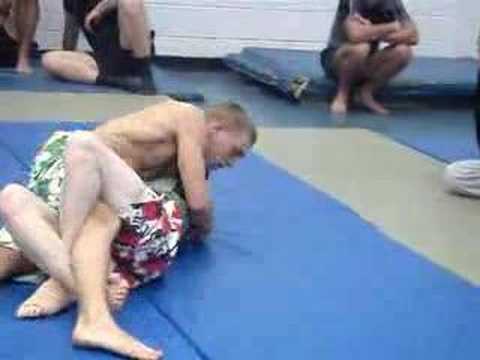 The person Conor is sparring with in the above video is named Eamonn Cumberton and he has since been jailed for life for a murder believed to have been related to an Irish crime family rivalry.

Conor’s possible connections with organized crime aside, 2018 is shaping up to be an important year for the champion. While it is possible the Irish superstar only fights once this calendar year, the bout is an important one.

Conor will most likely end up fighting the winner of Khabib Nurmagomedov and Tony Ferguson.