A Dagestani Wrestler Was Arrested After He Started a Mass Brawl in His Native Region… Said Omarov Was Also Arrested in 2016 for Desecrating a Buddha… He’s Not Learning is he?

A Dagestani wrestler was arrested after starting a mass brawl in Makhachkala, Dagestan. Said Omarov made headlines way back in 2016 after desecrating a Buddha, for which he was also charged. Dagestan is an autonomous region within Russia. It’s primarily Islamic and is probably most famous for being the home of Khabib Nurmagamedov.

Omarov seems determined to etch out his own notoriety. The wrestler was allegedly sentenced to two years probation after being detained by law enforcement, for his role in a brawl. He was identified as the primary instigator and so received the most severe punishment.

According to video footage published online, Omarov used his own vehicle to prevent a motorcade from passing through a central street in Makhachkala. A driver in the motorcade emerged from his car to try and find out what was going on. A war of words swiftly broke out between the two men. Then, as you can see below, Omarov assaulted the driver. He was sent sprawling to the ground and a mass brawl kicked off. 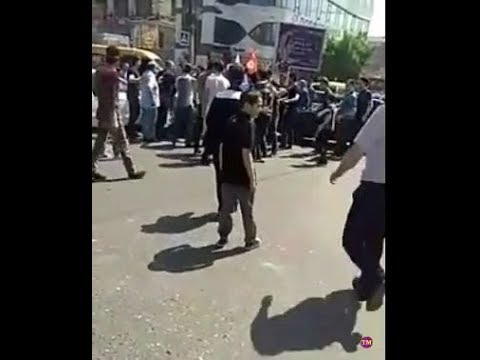 Omarov has been arrested and charged by the police before for another moment of sheer stupidity. Way back in 2016, he took part in an amateur wrestling tournament and desecrated a statue of Buddha at a temple. Footage of the wrestler urinating on the idol in the Kalmyk Buddhist hotel was recorded by his teammates and released online.

Within a few hours of the release of the clip, an angry crowd had materialized outside the team’s hotel baying for blood. Omarov was forced to return to the temple and was made to kneel and apologize. Later, the Dagestani wrestler was arrested by law enforcement officers for his actions, as they were seen as an attack on freedom of religion – a very touchy subject in the Muslim-majority region.

It’s fair to say that if you go to any place of worship you should respect the wishes of the people who consider it to be a sacred place. For example, even if you’re an atheist it’s only courteous to take your shoes off if you enter a mosque. Urinating on a statue definitely isn’t going to endear you to anybody.

The assault on a Buddha statue is a serious crime in Kalmykia. It is believed to be the only place on the European continent where Buddhism is practised by the majority of the local population. Omarov was dropped by Russia’s national freestyle wrestling team and later released on a 150,000 ruble bail. Until this recent brawl, he had been keeping a low profile since the statue incident. 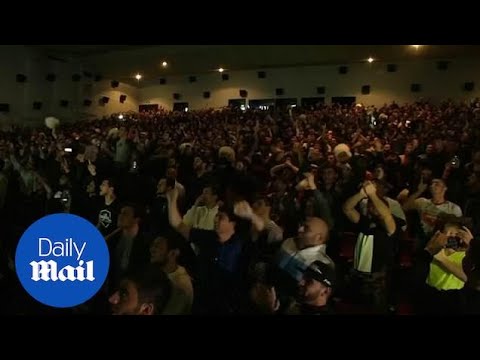 Dagestan is a mad place. With its tough environment, many extremely talented wrestlers and martial artists are emerging from the region. Their fans are incredibly passionate too. Check out the clip above of Khabib’s fans celebrating by firing assault rifles into the air.

That’s the type of people you’re dealing with guys. We love it.

WATCH: Van Damme Gets Revenge After Being Kicked In The Head