His first reaction was disbelief…

Former UFC light heavyweight champion, Daniel Cormier, gave his thoughts on Jon Jones’ failed drug test yesterday. It is clear Cormier is having trouble getting his head around the situation. His reaction to the news was not dissimilar to that given by many others already.

Jones could be facing a 4-year suspension from USADA, the largest any UFC athlete has faced to date. He would be 34 by the time he would be re-instated. Many are having trouble understanding how, if he is guilty, Jones could risk his legacy, career, and bank account to get an edge over an opponent he had already beaten previously.

Jones and his team are claiming the failed test must be as a result of a tainted supplement, but even that would still result in a lengthy suspension.

According to Malki Kawa, Jones’ failed test has most likely been caused by a tainted supplement.

“I can almost bet my life on it that this is another tainted supplement,” Kawa said.“You’ve got to just take a look at the testing and how this thing went down. Jon passed two (random, out-of-competition) tests, July 6th and July 7th, … and in passing those two tests, they test for all of that stuff we failed for. So therefore, you’re talking about from the day he passed that test until the day before the fight, he would’ve had to have ingested something that would’ve caused this test to come out positive.”

Jones previously failed a drug test in the lead-up to UFC 200, which eventually resulted in a 1-year suspension.

Last year, Chael Sonnen claimed Jones hid under the cage at his gym for 8 hours to avoid USADA. Upon learning that Jones had been hiding, USADA testers, according to Sonnen, wanted to use forensic testing to see if he urinated under the cage. USADA and Jon Jones have had a complicated relationship in other words.

Still, most assumed that Jones would have no choice but to fight clean upon his UFC return. Looking at a 4-year suspension if he got caught, it is difficult to understand anyone taking such a chance. Is it actually possible he risked everything to gain more of an advantage on Cormier?

For the most part, Cormier took the high road during the interview. He insisted that Jones is entitled to due process, but frustration was evident in his voice. 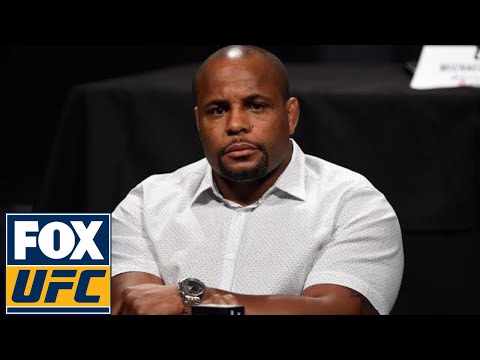 “This guy is entitled to due process. It’s hard to sit here and say that he is guilty when it hasn’t gone through the process.”

On the possibility of Jones’ test failure possibly being due to a tainted supplement or an oversight by his nutrition team, Cormier was unforgiving:

“I don’t know what he was doing in the lead up to the fight. When you hear of this type of thing it’s really bad, you know? Especially if they are saying it’s an oversight of sorts, you don’t want to have those types of oversights, especially with the issues between he and I. Before the first fight there was some issues, then the thing at UFC 200 and now this.”

Darren - Apr 26, 2019 0
A Horrific Incident Went Down in Moscow After a Russian MMA Fighter's Father Was Allegedly Killed by Three Members of City's Police Force... An...