Floyd believes his daughter was cheated out of first place…

Floyd Mayweather recently attended his daughter’s cheerleading competition. Evidently he was displeased with the scoring of the contest, and was captured on video in a heated exchange with the judges.

According to witnesses, Floyd believed the judges had cheated his daughter out of first place in the competition. Floyd was also heard stating that he funds the competition, and all the girls should get an equal opportunity.

Was CJ Ross One of the Judges?

In 2013, Floyd soundly defeated Canelo Alvarez. He was only awarded a win via majority decision however, as one judge scored the bout a draw and the rest gave it to Floyd. The judge in question, CJ Ross, stepped down from her role with the Nevada State Athletic Commission following her questionable scoring of the bout.

Floyd Mayweather Blows Up on Judges at Girls Cheerleading Event

A camera phone caught Floyd having a heated discussion with the judges while a crowd of people gathered around. While nothing ever came to blows, witnesses say the situation was tense. 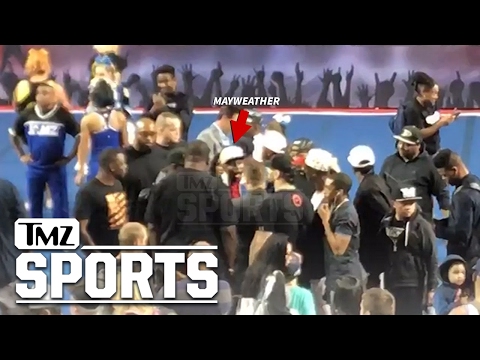 “I fund this program!”

The event’s announcer, Jeff Krapf, spoke with TMZ reporters afterwards and explained how everything went down. 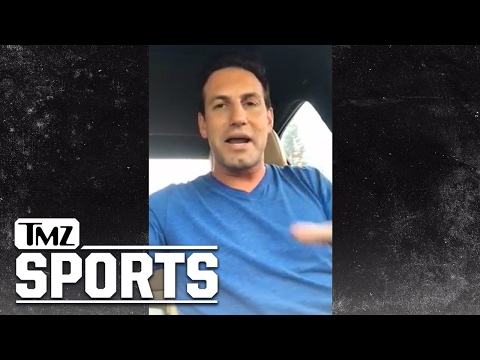 Aside from his 2007 split-decision victory over Oscar De La Hoya, Floyd has never had a judge score a bout against him. Twice in his career (vs. Canelo Alvarez and again in 2014 against Marcos Maidana) have judges scored a draw in a Mayweather bout, though he won by majority decision each time.

Should his bout with Conor McGregor go to the judges, Floyd needn’t worry about their decision however. If the bout does make it all the way to the judges it would be a near-lock that Floyd would have outboxed Conor the entire way. On the other hand, if Conor could find a way to knock Floyd out…

10 UFC Fighters Past Their Sell By Date