All is not well in the world of Gervonta Davis. One of the most exciting young boxers on the planet, you’d think life would be going perfectly for him, but that’s definitely not the case. You might have missed it because of all the other combat sports news this week, but he was arrested for his alleged role in a street fight the other day.

Davis is a two-time super-featherweight champion. He has beaten fighters like Jesus Cuellar and Francisco Fonesca to establish himself as one of the best boxers in the world. However, over the last couple of years, life has not been going as planned for the young fighter.

While his problems with Mayweather have been well-documented, things have just got more complicated for him outside the world of boxing. Below you can find full footage of his arrest after an alleged street fight where he was said to have punched two people. 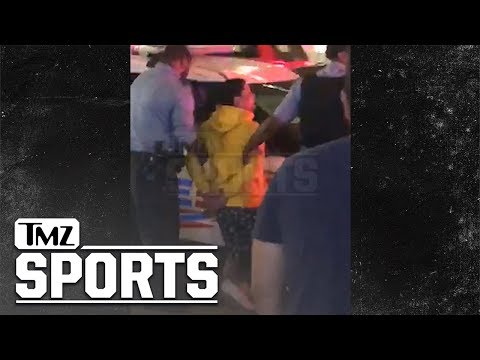 In the footage above you can see a handcuffed Davis being led away for his alleged role in the street fight. Brightly clad in a yellow rain jacket, he doesn’t offer any resistance or comment. Later after being released on bail, he would tweet:

“I am ok. Please do not judge me off of the media..they gonna paint me a bad picture every time.”

We’re definitely not passing any judgment or trying to paint a bad picture. Let’s just make that clear. In fact, we’re big fans of Davis and hope he can get his life and career back on track. Hailing from the impoverished and crime-ridden Sandtown-Winchester, he’s done magnificently well to rise from the doldrums and inspire youngsters. 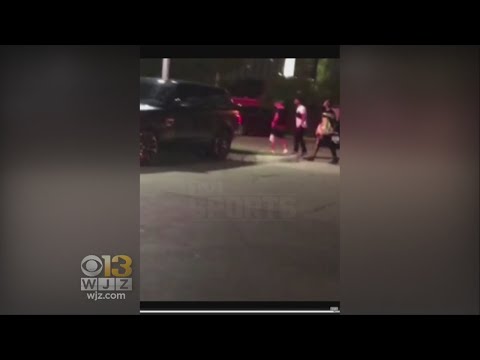 However, Davis definitely does have history when it comes to streetfights. Back in May, this footage did the rounds after he broke up a streetfight after leaving a strip club in Dallas. There was no need to get involved, but he still did and was lucky to escape injury or even prison involvement.

Maybe getting involved in street violence is a way of channeling his aggression. Later he would even try to deny his arrest, which is totally ridiculous because he’s wearing a bright yellow jacket! Come on Gervonta, make it harder, please. After asking where ‘y’all come up with dese stories,’ he tweeted:

Davis’s own arrest was even overshadowed by his mentor’s announcement that he was set to come back and rematch against Manny Pacquaio. There’s a definite need to cut ties there, and if Dana White has any serious interest in boxing, he should be trying to snatch Davis. A criminal background is no barrier to success in combat sports. Just ask Greg Hardy.

It’s one of the most frustrating things in combat sports when a fighter begins to waste their potential. Let’s hope we see him back in the ring soon, and off the street.