We all know Mike Tyson. The infamous boxer has somehow transcended an incredibly dark past to become an icon of pop culture. It’s remarkable that in the age of #MeToo, Tyson’s career has survived. He is, after all, a convicted rapist, but that hasn’t stopped him from continuing with remarkable success.

The former unified heavyweight champion achieved remarkable things at the end of the 80s and the beginning of the early 90s. That was before he went a little bit crazy. After serving time, his career was never quite the same, but it hasn’t stopped him from becoming the face of his generation.

Tyson regularly appears on TV and often cameos in movies as himself. He recently went on FOX Sports and demonstrated some slick darts skills – while blindfolded. It’s remarkable to watch. The footage is available for you to see below. 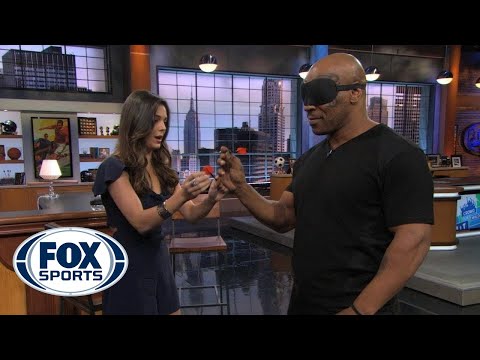 Nowadays a lot of people underestimate Tyson’s skill level. Sure, during he didn’t always fight the highest standard of opponent, but when he was at his best, ‘Iron Mike’ was magnificent. His fist was like a lazar that would send an elephant to sleep.

In the video above you can see him achieve two bullseyes – with his eyes covered by a blindfold. Most people would struggle to do that with their eyes uncovered. That’s some proper mindfulness right there. Maybe Tyson spent some time in a Shaolin monastery without telling anybody. The dude is legit. 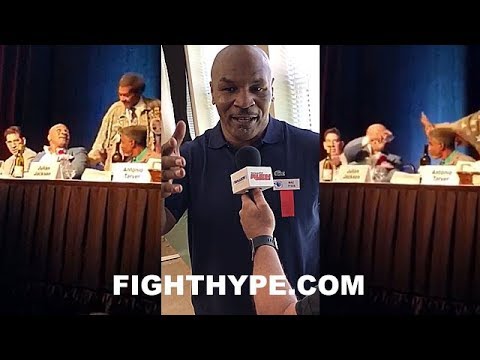 Who is the King?

Tyson has had a busy time of late. He also reignited an old feud with former promoter Don King. This 87-year-old general scumbag with ridiculous hair, is a notorious figure, with a manslaughter conviction and multiple charges of embezzlement. Tyson has accused King of swindling him out of millions of dollars and once famously kicked him down the street during an altercation.

This time around, Tyson threw a drink in King’s face as the man was passing by. Hell hath no fury like Tyson’s wrath. The man does not forget a grudge – although we are talking millions of dollars, so this time around it’s fair enough. King is probably lucky that he still has both ears.

‘Iron Mike’ also recently went to Dublin, Ireland for a meet and greet with fans – including one Conor McGregor. ‘The Notorious’ signalled his respect for the legendary boxer, even though Tyson has spoken some negative comments about him in the past. That didn’t stop the two men putting their differences aside over a blunt (even though smoking marijuana is illegal in Ireland).

There’s little doubt that even though Tyson is an incredibly divisive figure, who is justifiably despised by a number of sports fans, he still possesses a level of charisma and mystique that just makes him magnetic. He’s that rare individual who has managed to transcend sport to become a full-blown mainstream celebrity. If Tyson doesn’t care about anything, then no criticism can hurt him. He’s just going to do his own thing.

Paul - May 11, 2016 0
Reports have been emerging, speculating that there is a bidding war taking place between four parties, to buy the UFC. While UFC President and...

What UFC 278 Fights Should You Bet On?

UFC is looking to book Volkanovski vs Ortega for February