The New Interim Middleweight Champion is Done Going Back-And-Forth With the 205lb King… Israel Adesanya v Jon Jones is the Beef That Escalated Over the Last Week… However, ‘The Last Stylebender’ Isn’t Pushing for a Fight With Him Now And Wants ‘Bones’ to Keep His Name Out of His Mouth…

Jon Jones is probably the biggest active star in the UFC right now. Arguably his biggest commercial threat is the Nigerian-born upstart Israel Adesanya who definitely has that stardust attached to him. While few imagine that ‘Stylebender’ could beat Jones in a physical fight, he could overtake him as the face of the UFC in the near future.

Maybe that’s why Jones has been so receptive to going back and forward with the New Zealander on Twitter. It’s been a tense couple of days for the two men who have made it clear that they definitely don’t have respect for each other.

Watch as Adesanya proves that Jones was the one who started this beef back in the day. It’s fair to say that ‘Stylebender’ is no longer a fan of the UFC GOAT with an asterisk.

@JonnyBones …
Who called who out first?!
Keep my name out your mouth!!
I'm still working through 185, so sure you may have the better percentage "right now". I'm getting better and better and better at a rapid rate. Your time will come when I say so.#iwontdelete pic.twitter.com/aQC2EnVWkC

There’s no doubt that Adesanya is an incredibly talented fighter and very exciting to watch. But it’s hard to imagine him beating Jones, considering the American champion could surely fight at heavyweight if he wanted to. However, he’s definitely getting attention by getting mentioned in same headlines as Jones.

“Jon Jones, he literally just reminds me of what I’ve hated most in life, and that’s bullies,” Adesanya said on “Ariel Helwani’s MMA Show”. “I’ve had them through high school, coming up. Literally, he’s a jock, he’s a cock, and he’s a c**t. He’s picking the right time. He’s a smart boy. He knows I’m a challenge. Jon Jones likes to look for challenges because there’s a reason. He’s started all this. He’s the one that came out openly and called me out and said, ‘I’d like to fight Israel Adesanya.’

“He knows I’m a threat. But guess what, I’ve said this for so long: If you want to beat me, do it yesterday. Every f**king fight I get better. I get better every fight. So if he wants to try to take me out early on when he knows I’m only a year in the UFC, and I’m still learning.” 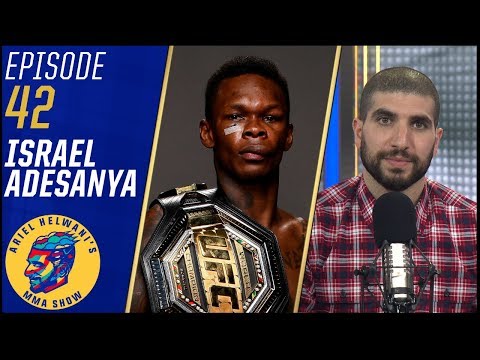 It’s fair to say that Adesanya is definitely a commercial threat to Jones. The light-heavyweight champion appears to have finally stabilized his career but his record and reputation are blemished by his past wrongdoings and controversies. So perhaps that’s why Jones was quick to respond to his young and exciting rival. He basically laughed it off and slated him on Twitter:

“Bro how are you going to call me out talking about your “hunting the goat”, and then call me a bully for replying to you?? You sound like you know you can’t beat me right now, so if that’s the case, keep my name out your mouth and we won’t have these problems.”

First of all, Adesanya has to get past the exceptionally dangerous threat of Robert Whittaker before he’s even considered the undisputed middleweight champion. That is a massive fight for both men, with ‘Bobby Knuckles’ an incredibly versatile martial artist. ‘Stylebender’ cannot allow Whittaker to hit him as Gastelum did because he will not last five rounds.

Meanwhile, Jones is set to take on Thiago Santos at UFC 239 in July. This will be his second title defence since reclaiming his title against Alexander Gustafsson. A win over the Brazilian will mean that he’s basically cleared out the division. Will we finally see him move up to heavyweight? That’s surely where the money and the glory is. There’s never been a better time to be a fight fan.

Gentleman Jeff - Jul 18, 2016 0
Bob Sapp has made an entire career out of being a freakish scary looking man... Sapp's professional athletic career began in the late 90's when...

Rapper With Tattooed Eyeballs Returns Against Another Huge Bodybuilder