Jon Jones just hit Daniel Cormier with a painful insult, and DC goes off with a water bottle…

Former UFC light-heavyweight champion Jon Jones had his ticket punched to the title shot at UFC 214. Just this week we found out he’d be rematching fierce rival Daniel Cormier for the belt, only this time its Jones who challenges.

Cormier took up the role as champion when ‘Bones’ was stripped of the belt for a hit-and-run fiasco in 2015. Since then the troubled ex-champion has fought just once, defeating Ovicnce St-Preux for the interim title. Jones was later stripped of that title also, for failing a USADA dope test.

Cormier vs. Jones at The Presser

During an eventful ‘Summer Kickoff’ press conference on Friday night, DC and Jones were in full swing again. Here’s a few comments made by Jones, courtesy of LowKickMMA.com, and below you’ll see a heated backstage clash:

“F*ck no,” Jones said. “He never beat me. He never beat me, so the belt that he has over there, it’s an imaginary belt. I messed up outside of the Octagon and I got that taken away from me, but the guy’s never beaten me. In order to be the champion, you have to beat the champion. He can fight all the other light heavyweights that he wants, he can beat every light heavyweight — until he beats me, that belt over there is a piece of sh*t.”

Here’s what happened before they’d even hit the stage. Apparently Jones mentioned Cormier’s kids. Considering DC lost a child to a fatal car accident, this reaction is somewhat understandable: 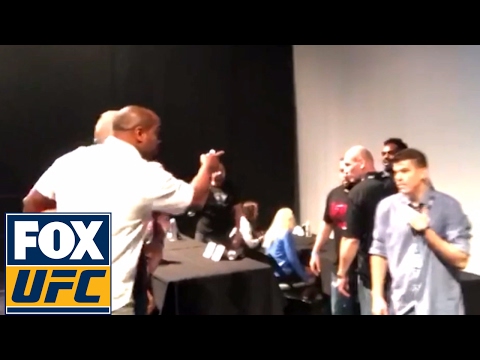 “Prostitutes? I beat you after a weekend of cocaine,” Jones shot back.

“I had two great weekends,” answered Jones. “Back-to-back weekends. Cocaine one, your ass the next. It was great. That’s a month for the ages.”

Unfortunately Jon Jones is running out of chances, and he’ll surely be canned permanently if he can’t stay out of trouble. In terms of talent, ‘Bones’ has tons, but he is also a bad person when mixing in drugs, alcohol and partying.

Concerning about last night’s presser was the moment Jones gloated about ‘beating’ DC after a ‘weekend of cocaine.’ This really doesn’t sound like someone who regrets their actions.

Hopefully this is just speculation, and we do finally get to see the rematch. The question remains, though, what’s next for the division after this fight? 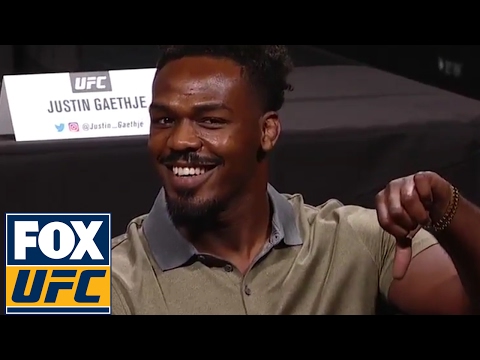 Paul - May 24, 2016 0
Rumors continue to circulate about a possible Mayweather vs McGregor boxing match, now even supposedly having a date and host city. The reported date...

Jan Blachowicz set to defend his title against Glover Teixeira at...