Khabib Nurmagamedov is One of the Most Fearsome Fighters in MMA Today… His Wrestling Style Makes Him Nearly Impossible to Beat… Unless Of Course, You Are His Dad…

2018 was Khabib Nurmagamedov’s year. After several years of trying to stay in contention during long spells out with injury, the Dagestani fighter finally won the lightweight title. He did so against the most unlikely opponent in Al Iaquinta but would validate the title by crushing Conor McGregor a few months later.

Now he’s currently on the sidelines observing Ramadan. He’s highly likely to return in September, with the UFC expecting to hold a card in Abu Dhabi. Interim champion Dustin Poirier is set to be the man to welcome him back to the cage after what will almost be a year on the sidelines.

His top game is one of the best in the business. It shouldn’t come as much of a surprise then that this runs in the family. Check out Khabib going toe to toe with his father Abdulmanap… you might be surprised by who comes off better. 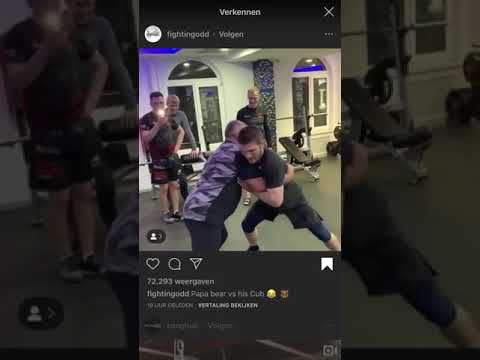 In the footage above, taken by Khabib’s head coach at the American Kickboxing Academy Javier Mendez, Khabib goes toe-to-toe with his dad Abdulmanap. The senior Nurmagamedov is one of the most respected martial artists in the country. He’s been awarded the awesome title of Master of Sports for his contributions to sambo and wrestling.

So you might not be surprised to see that he was able to stand up to his UFC champion of a son. Not only that but he was able to shift the younger man backwards, in a great show of old man strength. Abdulmanap was his son’s first teacher in their native Dagestan where he was taught sambo in their local village. That, of course, prompted the infamous Khabib v the bear cub video. 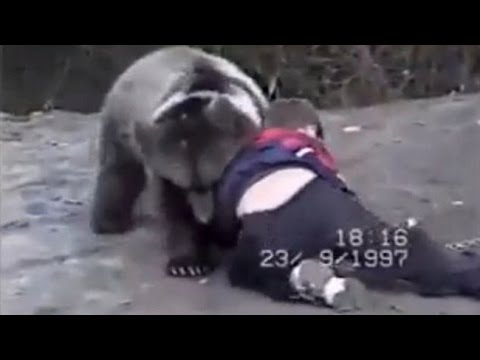 Khabib is known for being unflappable. The Russian fighter’s manager Ali Abdelaziz described how he stayed calm during the bus attack back in April of 2018. He described:

UFC 242 in September looks likely to be Khabib’s return. If he gets past Dustin Poirier – and with an unbeaten record of 27-0, he’s the heavy favourite – then his team is likely to push for a fight with the retired Georges St. Pierre. Whether or not that is feasible remains to be seen.

It’s the Eagle’s time to soar.

Salvador Sanchez - May 20, 2017 0
Bellator is stepping up their drama game in a BIG way... Hitting the SSE Arena in London, England last night was a great offering from...

Fedor Emelianenko’s Brother is Out of Prison & He Looks TERRIFYING