Guess what? If you have never trained in MMA and you take on an MMA fighter in their own environment, ie, a cage, you’re probably going to get badly beaten up. A number of Chinese traditional martial artists have discovered this over the last two years but it doesn’t seem to stop them from wanting to be next in line for a beating.

Xu Xiadong, better known as Mad Dog, might be the most famous MMA fighter putting beatings on these fake/delusional masters, but he’s not the only one. Professional fighter Li Jing Hong was called out on social media by an unnamed Wing Chun artist. The pair agreed to fight in Chengdu, Sichuan province.

As you can see in the footage above, it did not end well at all for the traditional martial artist, who really had no place being in there with Li. It’s as cringe-worthy as it is savage. Credit to Fight Commentary Breakdowns for the video. Follow him on Youtube. 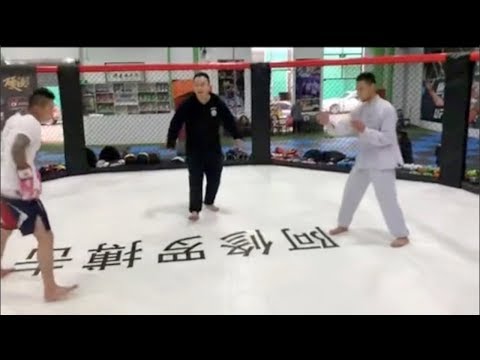 In the fight above you can see that the Wing Chun guy was totally demolished. It literally lasted for two punches. The MMA fighter strode forwards towards the traditional martial artist, who was wearing a typical Wing Chun uniform. Li – the MMA fighter – threw a right jab from a southpaw stance, catching the unnamed Wing Chun dude on the chin.

This was followed up by a powerful right hand that laid Li’s opponent out flat on the ground. One combination. Two punches. That was all she wrote. It just goes to show how delusional some of these traditional martial artists in China are. They need to stop fighting MMA fighters in their world. 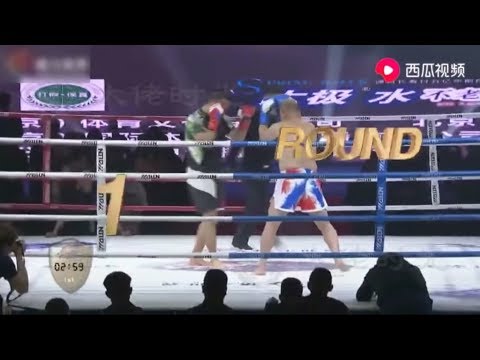 Chinese authorities have had a vendetta against Xu Xiadong – AKA Mad Dog – since videos of him beating up fake masters went viral. He was forced to wear clown makeup in his last fight and had to use the name Xu Dong Gua. This translates to ‘Winter Melon Man,’ which is said to be an insulting comment about Xu’s body.

Xiadong was inflicted with some severe penalties for beating up Wing Chun and Kung Fu practitioners. His credit rating was reduced to ‘D’ by the Chinese government. This means he can’t even fly. For his most recent fight, he had to take a 36-hour train journey to the city of Karamay. Maybe he’ll take solace from the fact that he’s not the only MMA fighter out there defending the sport now. 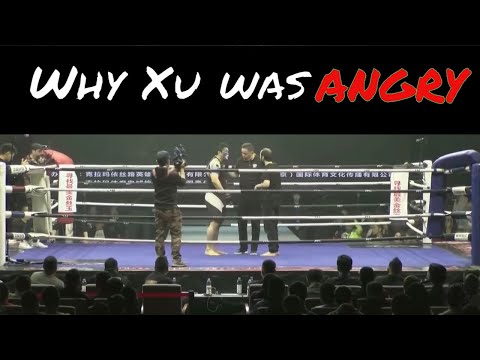 In the video, above you can see ‘Mad Dog’ crying his eyes out after receiving severe punishments from the Chinese government for his actions towards the ‘Wulin’ – or traditional martial arts groups in the world’s most populous country. By targeting so-called masters of these arts, Xu has been criticised for attacking the heritage and damaging the reputation of the country.

“I’m just an average citizen,” cries Xu in the video. “I say I’m the first Chinese MMA person, am I wrong? I repeat, I’m Chinese. I represented Chinese people in MMA, and now they’re all attacking me.”

It’s not his strongest moment, is it?