Since winning the middleweight belt at UFC 199, Michael Bisping has faced an overwhelming amount of criticism. Although he’s faced arguably the best fighters in middleweight history during his time in the octagon, ‘The Count’ is being accused of ducking.

After defeating Luke Rockhold to win the belt, Bisping got a highly unexpected rematch against Dan Henderson. With top contenders Jacare and Romero waiting, the ageing ‘Hendo’ really didn’t deserve the fight. Along comes Georges St-Pierre, and again the top 185-pounders are snubbed.

Having announced his big comeback last month, former welterweight king ‘GSP’ was paired with Bisping. Although he’s never even competed at middleweight, St-Pierre jumps the queue.

During yesterday’s heated press conference, Bisping and St-Pierre faced off for a staredown. ‘GSP’ claimed he smelt alcohol on ‘The Count,’ but people just assumed he was trash talking. After the following video was released, it’s likely St-Pierre was telling the truth.

Watch as ‘The Count’ dishes out a verbal lashing to 10th Planet BJJ champ Eddie Bravo: 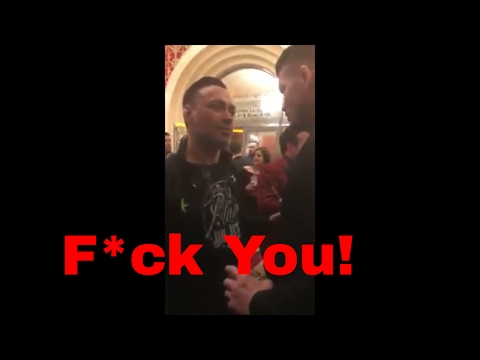 Bisping is known for his brazen attitude, but this little spat may have gone a little too far.

Fans may remember that Bisping had called Rokchold a ‘faggot’ after their second fight. Now he’s also been caught on camera dropping the f & c bombs in front of ladies. Where does the UFC draw the line on these matters?

Whether you agree with his opponents or cocky attitude is one thing, but surely getting drunk and acting like a jackass is too much? 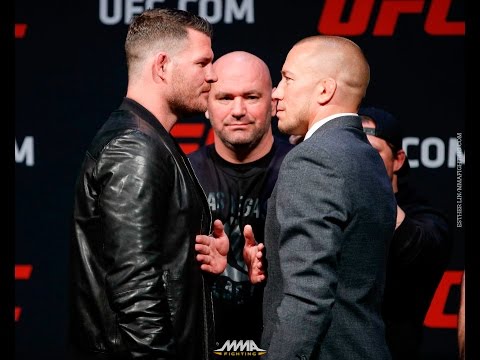 However you feel about this fight, the fact remains it will be great to see GSP back in the octagon. After more than three years away, St-Pierre could become one of the very few two-weight champions, and also a three-time UFC champion.

Bispig hopes to knock off another legend, while also breaking the record for most UFC wins. What a fight!

The 3 UFC Champions Facing a Nightmare 2019

Ronda Rousey’s Coach Reacts To UFC 193 Critics: ‘She Just Got...

Alexander Volkanovski vs Brian Ortega as COACHES for TUF