No rules fight that got really crazy…

Before mixed martial arts was legitimised, boxing was the leader in combat sports. Of course other forms of fighting existed, and you may be surprised at how often boxing clashed with other martial arts.

Many will remember the early days of the UFC, a time where wild west type brawls ensued between different styles. Bareknuckle brawlers would go against karate or Jiu Jitsu practitioners. Contrary to popular belief, this was far from the early days of MMA.

The original coach of Ronda Rousey back in her Judo days is the legendary Gen LeBell. Before ‘Rowdy’ found her way to MMA and the infamous coach Edmond Tarverdyan, she was taught by one of MMA’s pioneers.

LeBell is a 10th degree red belt in Judo, and a 9th degree black belt in Brazilian Jiu Jitsu. It’s safe to say, that even at age 84, this guy is extremely dangerous.

Way back in December 1963, ‘Judo’ Gene LeBell took part in the first televised MMA fight in America. As you can imagine, it was a gruesome affair. The opponent, a boxer named Milo Savage, had challenged LeBell to a fight with just one rule-fight until the finish.

LeBell fought bare knuckle, but Milo was cheating in almost every way possible. Although he had fingerless gloves on, Savage was also wearing brass knuckles, his thin karate gi was loaded with vaseline, and he was biting LeBell’s thumb during their fight.

Skip to 2:30 to hear the story and watch the crazy fight, which ended up in a riot with chairs being thrown. Because the referee had no idea about chokes, he allowed Savage to be choked for a LONG time. He remained out cold for over five minutes. 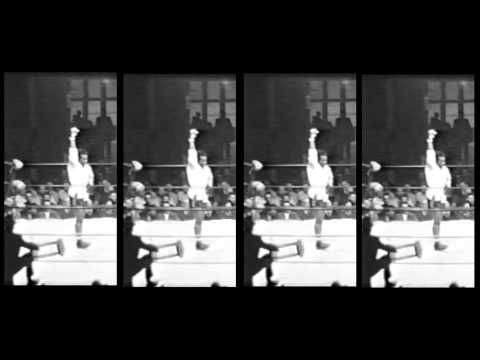 Muhammad Ali and Antionio Inoki were also credited as having one of the earliest MMA fights when they squared off. Gene LeBell is also notable for his insane achievements in Judo, and for choking out infamous fraud Steven Seagal.

Watch: Brutal Head-Kick KO A Candidate For Knockout Of The Year

Would World Champion Boxer Katie Taylor ever join the UFC?

Deontay Wilder: “I Would Take a Life in MMA Gloves”

WATCH: Ronda Rousey Cries About UFC Then Throws Woman Through The...