What fight fan doesn’t love a spectacular knock-out? March has provided some absolutely iconic moments, with Jorge Masvidal almost decapitating Darren Till in front of his home town in London. Then, a week later, the legend that is Anthony Pettis served up another highlight reel moment, with a superman punch KO off of the fence against Steven Thompson.

Fans often criticise MMA for being too cagey – no pun intended. Many casuals get frustrated when they watch wrestlers and BJJ specialists go head-to-head because it can just turn into a hugging contest for fifteen minutes. Well, there’s a way to get away from that: watch kickboxing.

At the weekend in Romania, a kickboxer named Eduard Gafencu served up a ludicrous KO by tornado kick at Coliseum XI in Bucharest. Check out this insane finish below.

The timing of this is absolutely magnificent. Eduard Gafencu was fighting Thomas Doeve in his native Romania and won in style. With about 45 seconds left of the first round, he put together a combination, forcing his opponent into the corner, back against the ropes.

Most fighters in this situation would probably let their hands do the talking, but Gafencu had a different idea. Instead of going with hooks and uppercuts, he instead went airborne, smashing his shin off of his poor victim’s skull and sending him collapsed to the canvas. It’s an amazing highlight reel moment.

Tornado kicks are incredibly flashy, but it’s very rare that they actually do anything meaningful in a high-level MMA fight. Fighters will be momentarily exposed as they turn their bodies, and usually, their opponent will be able to respond in time. The best counter might seem contradictory: close the distance.

If you get tight to the body, the kicker will go off balance and lose all the power and momentum from their kick. The likes of Conor McGregor, Edson Barboza, Marc Diakese and Zabit Magomedsharipov have all used the tornado kick with varying effect in the UFC. Above you can see ‘The Notorious’ training the kick, however, he has never managed to knock anyone out with it. 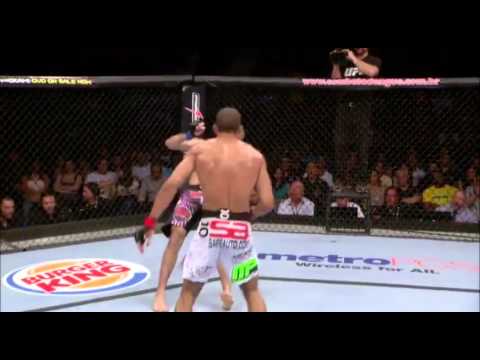 As we said already: it is a high-risk move. Mistime it and you’re open, which is why most fighters just don’t bother with it. It can also be stopped dead by a well-timed sidekick. With Edson Barboza taking on Justin Gaethje this weekend in Philadelphia, maybe the Brazilian lightweight contender will feel inspired by Gafencu and take the tornado kick out of his locker for the night. He does have arguably the greatest kick KO in UFC history which you can see above.

As for Gafencu, he remains inexperienced with only four fights so far in his professional kickboxing career. However, he is unbeaten and three of his wins have come via knock out, so he’ll definitely be feeling excited as he moves forward under the Coliseum banner.

UFC 257 PPV numbers revealed by The Notorious himself

John - Oct 7, 2021 0
Conor McGregor just revealed the PPV numbers of his trilogy fight against Poirier and SPOILER ALERT! it did better than expected. McGregor may have...

How to Find Secure Platform for Online Slot Games

Should Conor McGregor Become Part Owner Of The UFC?